I spent D-Day 2013 in Normandy, and more specifically, in Bayeux and Arromanches; the latter staring out at Port Winston and Gold Beach, imagining what it must have been like that bloody, horrific day in 1944.

The streets of the town are buoyant – full of American rock n roll music blasting out of the bars, World War II merchandise and men and women dressed up as American soldiers (apparently, the British WWII uniforms just aren’t available any more). At 6pm a Spitfire loops overhead. We stand and unsuccessfully try to take good photos with our iPhones. The noise it makes is immense and incredibly satisfying. The wind blows and the sun shines. Out by the beach, a memorial service is taking place and it’s quieter there. The wind whips around my ears and I look out at the expanse of what is effectively, one big barren graveyard.

In Bayeux, we have tea and cake and meet a well dressed, glamorous looking lady in her 80’s. She is originally from Bayeux but is just visiting now, from her home in Germany. She had met a German soldier during the war and fallen in love with him. It was absolutely forbidden – after all, he was occupying her home town in wartime – he was the enemy. ‘That made it more fun’ she tells us. They married after the war and moved to Germany and had a happy marriage. D-Day 2013 and she is back in her old hometown, having tea with us and talking to us in a mixture of French, German and English that is better than mine. I feel lucky to be here, on this day, meeting this person and hearing her wonderful story. 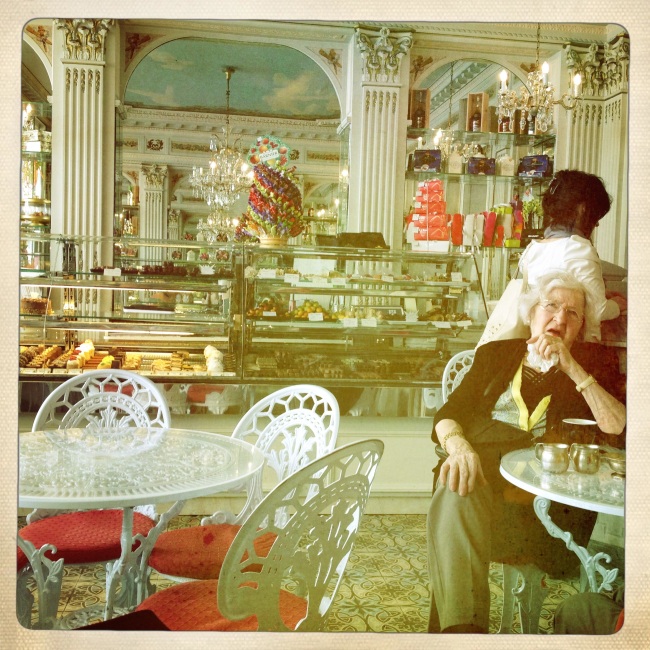 Outside, there are speakers fixed to the lamp posts. They play 1940’s music; it echoes out over the streets.

The next morning, we visit a German Military World War II cemetery at Marigny, on the outskirts of the town of La Chapelle-en-Juger. There is bright sunshine and it is just us there. The cemetery is set out in a field, among miles and miles of other fields. It is incredibly peaceful and full of vibrant green. We walk through a small chapel and out into the cemetery, which is made up of thousands of simple plaques laid into the grass. Some have names and some simply read ‘A German Soldier’. There are little stone crosses dotted about too. On an architectural level, it is beautiful.

The history of the cemetery is interesting and you can read about that here. Indeed, it is one of many German war cemeteries located in this part of France. But it’s the atmosphere that interests me the most. It helps that the sun is shining and it is bright and warm – but the atmosphere is warm. Which doesn’t make it any less sad of course. Neither does the fact that it’s a German cemetery we’re standing in.

These soldiers may have been fighting against us, but, like our soldiers, they were only doing what they were told. And fighting for their country. They were scared too. And looking at the dates of birth on many of these plaques – the majority of them were between eighteen and twenty years old. How incredibly young. You hear about it when you take History at school but it doesn’t actually hit home until you’re standing out here looking at it (the same reason school trips to the sites of concentration camps still happen I guess).

We stand and look out over the rows and rows of graves. It is a shocking waste of life.

And a beautiful cemetery (as it should be: it’s really the least they deserve). 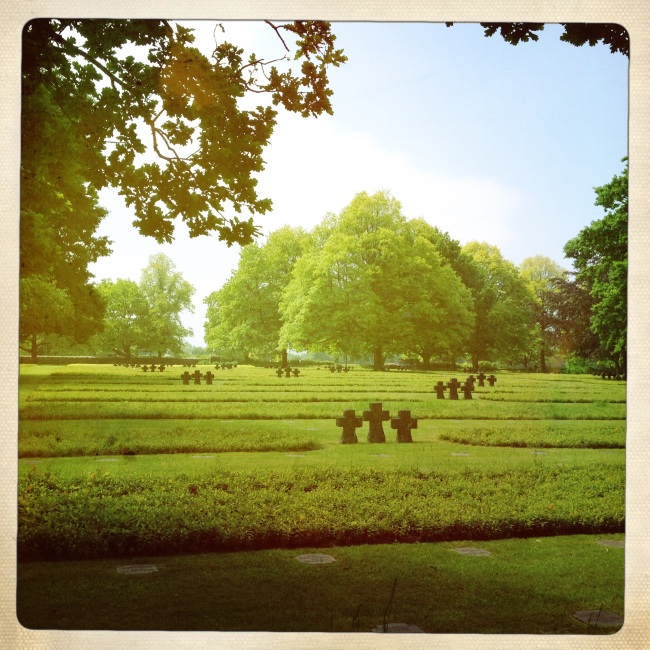 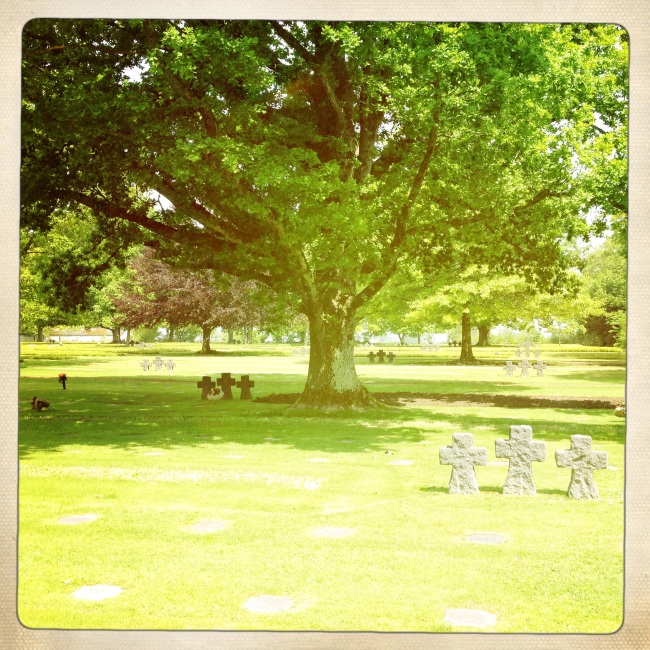 One thought on “Normandy on D-Day and Other Stories”