‘So what do you love, extraordinary stranger? I love the clouds.

The clouds that pass…there…there…the wonderful clouds!’

‘Sarah and I are going to go tornado chasing in Penge. We’re going to get on the top deck of the 176 bus and start shouting ‘IT’S COMING RIGHT FOR US!’

Clouds are fleeting – one minute they are there and the next minute they are gone, or changed. You can’t pin a cloud down, but luckily, the sky is everlasting and there will always be a new cloud formation to see. It might even be more beautiful than the last. But then, alas, it is gone again. Such is the nature of the sky – always changing. Much like London, this city that we love and write about with must wistful longing for the past. London is filled with remnants of the past for us to find, photograph and write about. Hidden places, old churches, even the street names in the City of London pay tribute to a bygone era. Pudding Lane, Ironmonger Lane, Poultry…the list goes on. The sky is the same. We can look up and imagine that under same skies, the likes of Constable and Wordsworth created images through words and paintings that would link them to the future, to us. And yet, the clouds change and disappear above our heads. Always different. And yet always the same.

It is this juxtaposition between the fleeting nature of individual cloud formations and the ever present existence of the sky above our heads that fascinates me (Stephen Roberts wrote about the night sky as a cemetery of sorts for us in 2013 – read it here). I love to photograph beautiful cloud formations and the way the sky looks at a certain point in time, in a certain place. Because I know it will be gone in the blink of an eye. I have been ‘cloud spotting’ since September 2013 and it combines my interest in photography as a vehicle for capturing fleeting moments and moods and my relatively new found love of the skies, and weather. I’m not sure I can adequately explain why I love spotting clouds (and sometimes chasing them – I have been known to get in the car and ‘chase’ a particularly good storm cloud or rainbow – IE to reach a place where the sky opens up above me, the view is perfect and I can get a decent photo) but I’ll give it a good go.

Firstly, the Latin namesappeal to me. What could be greater than looking up and identifying which type of cloud is right above my head and assigning it it’s given name? Even better – spying a rare cloud formation that has been created by wind sheer or the rising and falling (and heating and cooling) of ice crystals/water droplets? And when I have done that, what in the world is more relaxing than gazing skywards and leaving the Earth behind me for a little while, to bask in the almost painful beauty of the troposphere? We all have favourite pastimes and this is one of mine.

You may already be aware of this, but for those that aren’t – there’s a society dedicated to clouds. It’s called The Cloud Appreciation Society.  It was founded by Gavin Pretor-Pinney (a designer and author) in 2004. Its simplicity is refreshing in a world full of clutter and fuss. I became a member last autumn and received a certificate and badge.

‘Clouds are so commonplace that their beauty is often overlooked.
They are for dreamers and their contemplation benefits the soul.
Indeed, all who consider the shapes they see in them will save
on psychoanalysis bills.’

‘…the thing about cloudspotting is that you can do it anywhere. If you are in a city, you just need to get a bit of elevation for an uninterrupted view. Good cloudspotting places in London include Primrose Hill, Parliament Hill and Greenwich.’

– Gavin Pretor-Pinney in an interview with The Londonist, 2007

Around this time, I also downloaded an app called Cloudspotter, which is developed and run by the CAS, and helps you to identify and ‘collect’ all the official cloud types and optical effects, as specified by the World Meteorological Organisation.  I became fascinated with it. I quickly learned the names of the clouds and when they were likely to appear, and I started collecting them, one by one, earning stars and badges for each one verified. Soon after that I decided to take my new hobby one step further, and I applied to the Cloud Appreciation Society to become a Moderator of clouds. Not having a meteorological background, I thought my chances might be slim, but luckily my enthusiasm made up for my lack of sciency knowledge. And they made me a Cloudspotter Moderator! 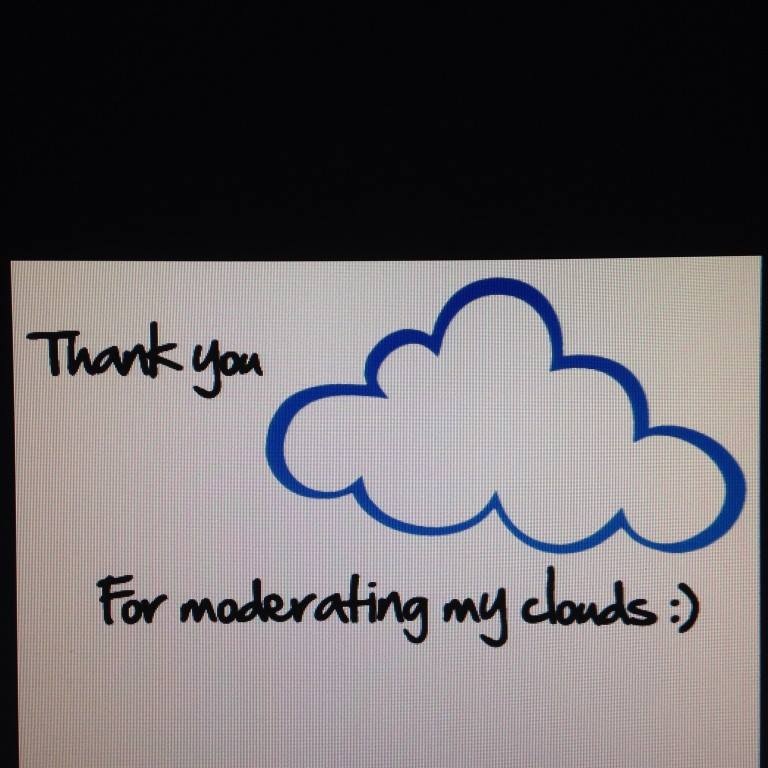 So now, all I have to do is log in to the moderating webpage and I can see and help verify cloud formations and optical effects caused by clouds and the sun from all over the world. I can travel to skies in South America and Australia without ever leaving my sofa (hopefully one day I can travel there for real) and I can be a part of the exciting process of documenting beautiful and breathtaking clouds. In the grand scheme of things, it’s a little thing. But it makes me happy. 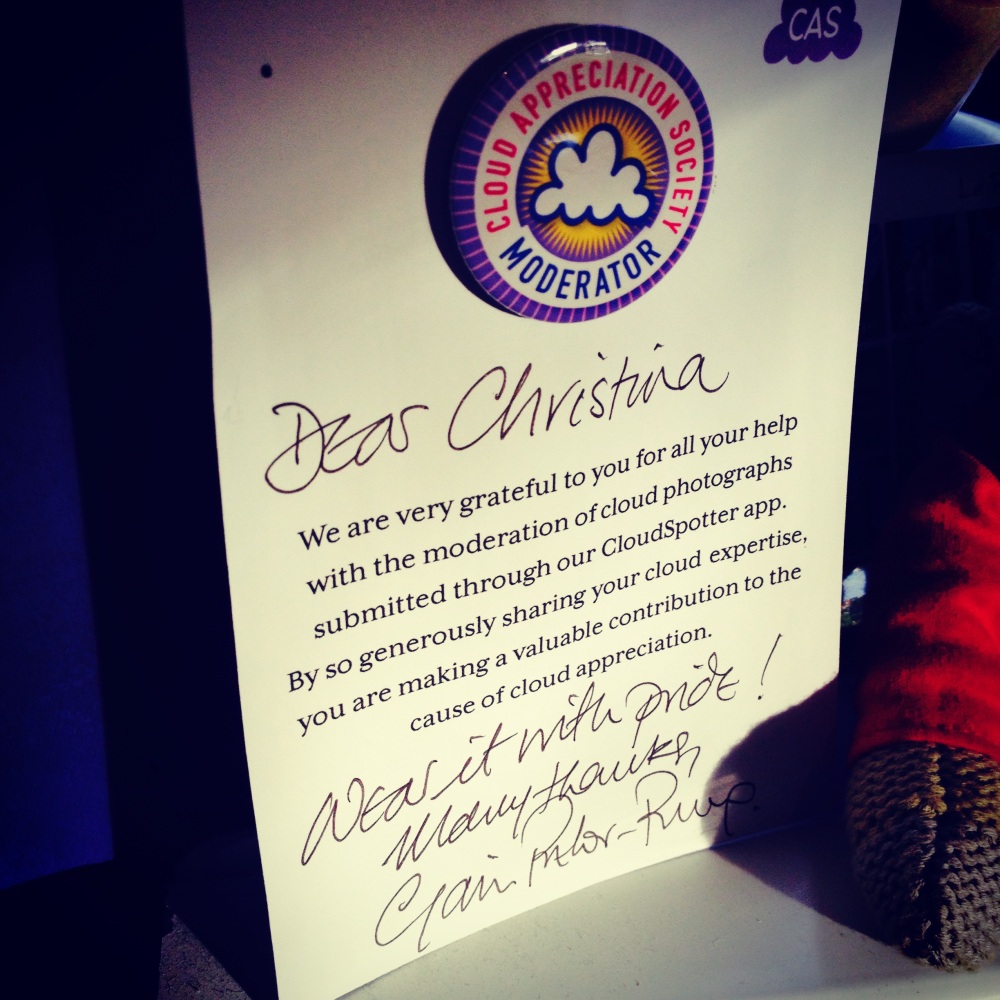 As always, there’s a link to be found between my oh-so-modern hobby and our favourite old cemeteries. George James Symons, who founded the British Rainfall Organisation in 1860 is buried at Kensal Green Cemetery. His grave site was refurbished and rededicated in 2010. His gravestone was cut from the Honister Quarry in Seathwaite, a region that is regularly recorded as having high levels of rainfall. I’ve not found him at Kensal Green yet, and I’m excited for my next visit there so that I can locate him.

– A phobia of clouds is called nephophobia.

– The typical lifetime of a small cumulus (‘fair weather’) cloud is between 10 and 15 minutes.

-At any given time, on average there are 1,800 thunderstorms occurring on Earth, with 100 lightning strikes per second.

The above facts taken from Campbell’s Weather Compendium by Harry Campbell (2010, Portico Books)