A few weeks back, Christina took the novel idea of approaching me to see what it was that made me so interested in death, remembrance and my interest in the lost worlds where greats such as Karl Marx or Vesta Tilley now remain. It’s a point I’d never considered before – we’re usually so consumed with researching a new place of rest that it never even occurred to me that we probably owe you, the reader, a bit more of an insight into our motivations for this blog and why we feel its so important to write and capture these places on Camera.

You’ve heard my side, now it’s the turn of Christina.

When we started Cemetery Club, what were you hoping to get out of it?

When we officially started Cemetery Club in 2013 I thought it would be a great way of documenting our trips & presenting our odd hobby to other people who are interested in history & London and Victorian burial practices! Turns out there’s a lot of people out there who find what we’re doing really interesting.

When we started going on the cemetery visits in 2011 I just thought they would be cool days out, something a little different. And I was hoping to learn new things about historical London, and add to my collection of experiences of my home city. Also, take photographs. It’s always about photographs.

And I wanted to have Cemetery Club badges made up, which I still haven’t done!

What’s been your favourite CC visit and why?

The first time we visited West Norwood. I think it helped that it was such a beautiful spring day & the blossom was out on all the trees. I took some photographs I really liked that day – juxtaposition between the graves & tombs & the cherry blossom on the trees which just scream ‘LIFE!’ And we met Colin, who was part of the Friends of West Norwood Cemetery, completely by chance & he gave up his time to give us a free mini-tour! It’s a huge cemetery & there were parts of it we never even found that first time! The Greek-Orthodox section we never saw. But it was lovely to get lost in the greenery & forget we were in London! And Henry Tate’s mausoleum is really beautiful, really worth seeing.

Why do you think it’s important to visit these places and why should people care?

There’s no law that says people have to care about the past but it’s good to not forget about the people & things that came before us.

It’s good to see and understand that there was a time before social media became the primary way to document our lives. There was a different way of living and peoples lives were documented in writing on their gravestone, or in the architecture of a very fancy stone or mausoleum. Alternatively, they might have been poor or without family and fallen into the obscurity of a paupers grave. If people are going to care then it should be because they want to learn about or pay tribute to a time when things were different to how they are now. And they should visit cemeteries because they are like museums – a great way to learn about the past. And they are outdoors so it’s also good exercise! 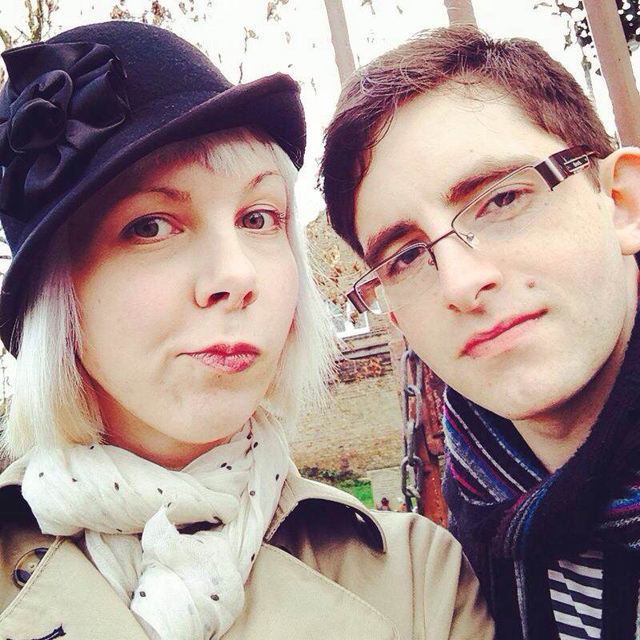 What’s been your favourite memorial?

As the more non-traditional half of the two of us, I get excited by unconventional memorials. I think that ghost bikes are a lovely way to pay tribute to someone who has died on the roads. Very, very sad but a thoughtful & appropriate memorial. I really was moved by The Sleeping Angel at Highgate West, because it’s a beautiful statue & very unusual. She stuck in my mind long after we’d left there. I also enjoyed the memorial of John Saint John Long – otherwise known as ‘the quack doctor’. He can be found at Kensal Green cemetery and his many admirers funded his giant memorial stone after he died to answer back to all those that doubted and vilified him. An interesting story! The words on the tomb are very interesting to read – never such a passive-aggressive tombstone I ever did see!

We’ve been to many cemeteries where lives are now largely forgotten and lost. How are Cemeteries relevant today and how would you create a way of bringing the residents back to life?

I think there’s a lot of people who probably don’t feel cemeteries are relevant today. There’s an argument for cremation and space saving & all of that. But cemeteries are relevant today because everybody dies and also no one really wants to be forgotten. I think they are capable of giving peace of mind to all people – the idea that there exists a way for them to be remembered, a physical existence of sorts, because sometimes memory isn’t enough, is it? People need something physical that they can see and touch. People go and talk to graves of their loved ones because to see something in front of you that documents someone you want to remember helps you to visualise them and remember that they were real. I wonder if it’s like proof they existed – the same reason we save ticket stubs and programmes from musicals we went to, or football matches, or whatever. The same reason we take photos of everything we do & put them on Instagram. I was here! I did this, I saw this, I ate this! This was real.

To bring cemetery residents back to life I’d create an Instagram profile for them. What sort of things would they have wanted to photograph and document when they were alive? If only photography had been a less arduous process in Victorian times!

How has CC influenced your photography?

It’s given me the opportunity to try something different. I’m usually drawn to bright colours and modern things, and I also like photographing people & capturing quick little moments that are fleeting & might otherwise be lost. I like expression, vividness & LIFE. So obviously, cemeteries present a challenge because they aren’t full of those things. There aren’t usually bright colours, and there aren’t any fleeting moments because the cemeteries stand as they have done for centuries.

I like to find the life in the cemetery & try to bring it out, whether that be in the way Sheldon reacts to a particularly beautiful monument or a poignant message engraved on a memorial stone or the way the seasons alter the look & feel of the cemetery. Spending so much time doing this has influenced all areas of my photography. It’s helped me to look for the little things that you might otherwise miss.

Since the inception of CC I’ve also become a lot more interested in photographing architecture! This is completely Sheldon’s influence!

Why do you wear inappropriate footwear on our visits, despite constant nagging from me saying conditions could be treacherous underfoot?

I don’t own walking boots & wellies do not go with my outfit.

However, I did wear wellies on our most recent visit to West Norwood, which was in January this year after everything got flooded. Even I am not so stupid as to wear tiny little shoes after 2 solid months of storms! 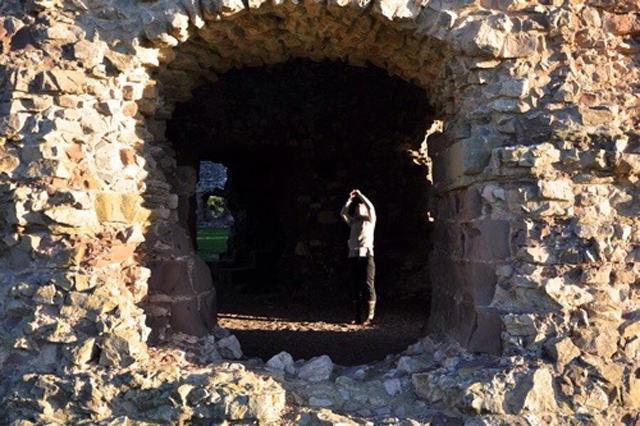 If you could have dinner with any person (who’s obviously deceased) who would they be?

Samuel Beckett. I don’t know if he would be willing to sit down with me & discuss Existentialism & his thinking behind Waiting For Godot but I’d perhaps ply him with alcohol & see how the conversation flowed! I went to visit him in Paris (Montparnasse cemetery) in 2005 & it was all very exciting but he wasn’t feeling too talkative that day, sadly.

4th photograph down : By Laura Pursey

5th photograph down: by Gemma Walsh

6th photograph down: by Jess Roberts