By the Shores of Loch Broom: The Fowlers’ Retreat

Somewhere deep in the Scottish Highlands was the retreat of one of  the greatest engineers this country has ever produced.

This is Braemore House near Ullapool, north-west Scotland. Constructed out of gneiss stone (a blue-coloured rock which comes from the north of Scotland) and edged with durable sandstone from Glasgow, like many things in the Victorian era, it was built to reflect the status of its owner. Sir John Fowler; age’s most prominent engineer after cigar-chomping Isambard Kingdom Brunel.

Fowler. Hmm. Now where have we heard that name before? 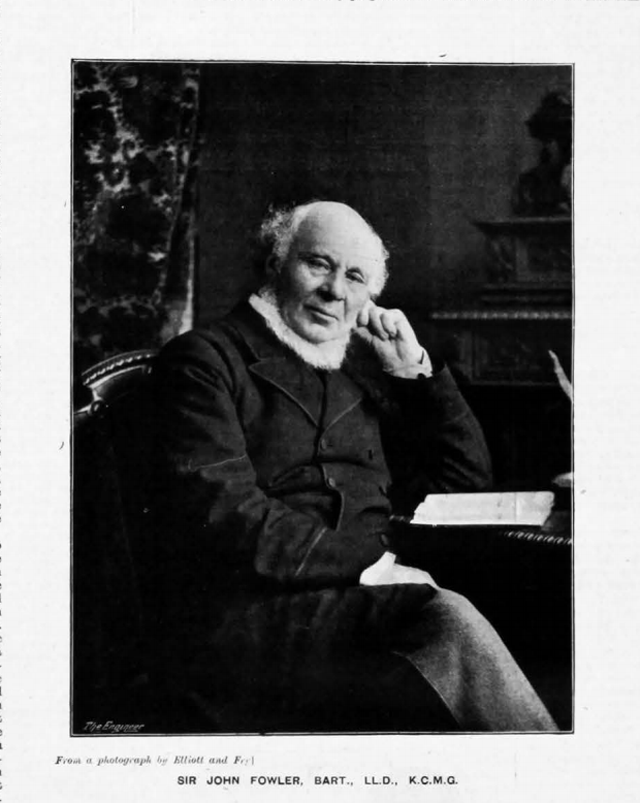 Ever since we’ve been researching Montague Fowler here at Cemetery Club, one word kept popping up. Braemore. Braemore this, Braemore that. When we found out that Sir John Fowler was actually Monty’s father, the scale of the building captivated us and we wanted to see if it was still there. We found the image of the house on Google but there didn’t seem to be a more contemporary image. Was it still there? The hunt was on.

Whilst Fowler was chief engineer for the Metropolitan Line, he purchased the estate of Braemore in the 1860’s as a result of the sizable compensation he got for his efforts and over the next few decades entertained the great and the good of high society there – the Archbishop of Canterbury, Edwin Landseer (painter and sculptor of the Lions of Trafalgar Square), John Everett Millais, the list goes on. Many clattered nigh-on five hundred miles from London to witness and be party to the stunning views the house commanded of Loch Broom, nearly seven hundred feet above sea level.

We’d never been to Scotland before so decided to marry this little bit of rural exploring with a holiday. We mentioned this to the owners of the B&B we were staying at and the legacy of the family came to the fore.

‘Oh, John Fowler? Fascinating man. Do you know he built a bit of the Metropolitan Line behind his house up here to try out different tunnelling techniques?”

Ben and I looked at each other and suddenly found ourselves in a car, hurtling towards where the Fowler’s of Braemore once roamed.

We pulled into a quiet car park and , from what we could decipher from Google Maps, made our way to the boundaries of this Highland bolt-hole. Tall spruce and pine trees shielded the mysteries of the estate and what was there; with a gung-ho attitude we decided to venture inside the insect-riddled hinterland and go exploring.  What looked like a short walk on the app betrayed the topography of the Highlands – confronted by a slope of roughly 50 degrees ahead of us, our task of finding the Fowler holiday home suddenly made us want to have George Mallory on speed-dial.

Ben marched on in his wellies like some sort of mountain goat, whilst I delicately stumbled over bracken, heather and grasses like a timid heron. As we ascended, what we thought was the zenith of this land made way for another peak and then another peak, until we both found a picnic bench to collapse on; at which point I could contain my frustration no longer and swore very loudly. Where the hell was this house? 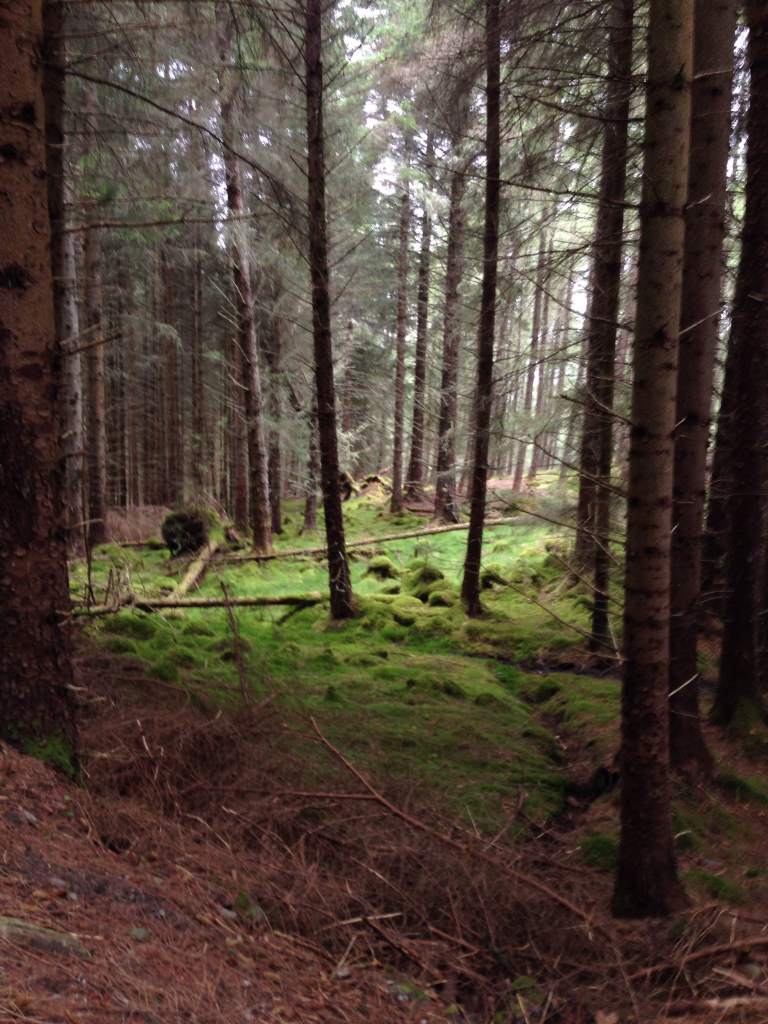 My legs were killing me. How did they manage this back in the day?  I was beginning to wonder if any blood transfusion services were nearby as the midges got bolder in trying to drain me of my blood. Resolving myself to his astute observation, we carried on until we reached the main gravel drive, which according to Google Maps was the main driveway. I’d run out of Irn-Bru by this point, and wondered what Monty would make of it all, resting peacefully beneath his granite cross in Brompton, probably wondering why two men in their late twenties would be doing this. 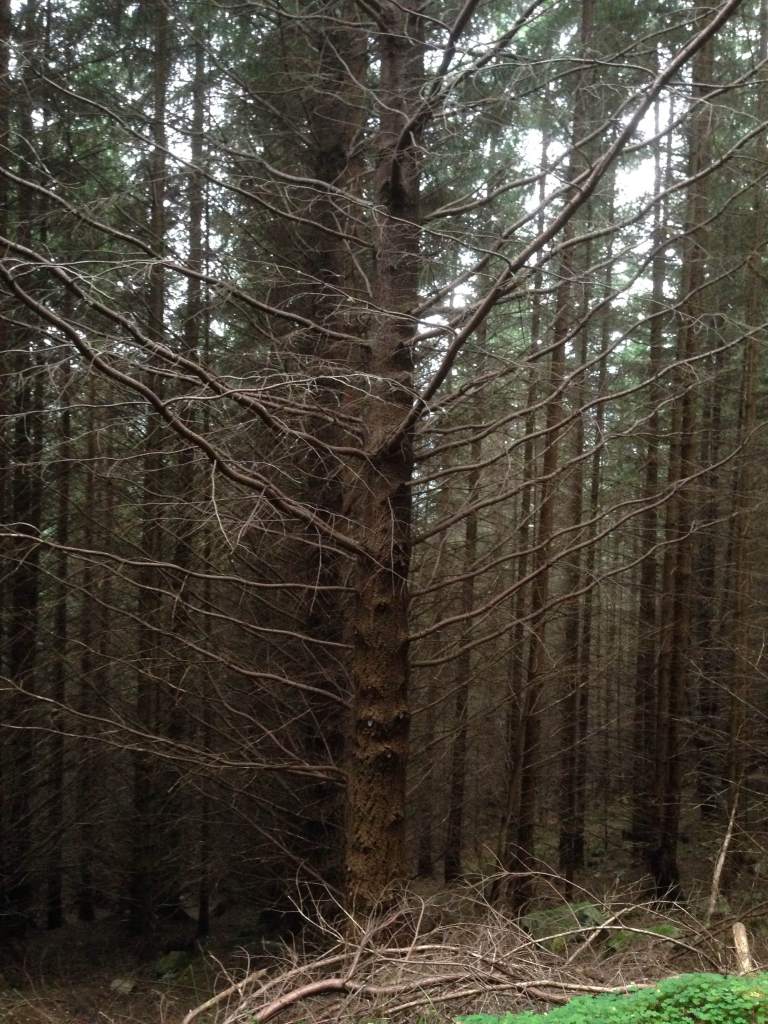 We followed the path for another twenty minutes and were confronted with a gate.

Up ahead, a driveway stretched off into the distance and directly ahead we saw the outline of a house.

Off I marched, opening the gate – Ben decided to hang back as the warning sign made him want to stay put but damn it, I wasn’t going to let that stop me – I wa sso fully invested in both John and Monty’s story I wasn’t going to let a sign stop me. If any questions were asked I would honestly state my intention and say I’d come to try and visualise the echoes of revelry that must have happened here a century beforehand.

The house slowly crept into view. 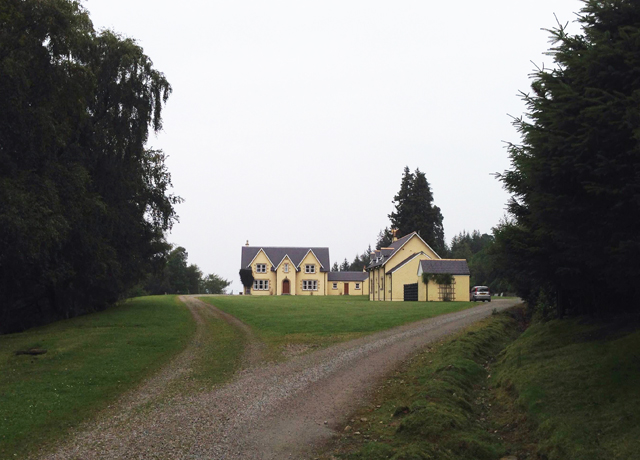 I was expecting a magnificent stone building. This did not underline the reputation and wealth of a great civil engineer. What must the Archbishop of Canterbury have thought if he saw one of the leading lights of British engineering living in a Barratt home?

Click here for part 2 – where we find out what happened to the Highland home of the Fowler clan and a rather surprising little feature of this Highland hideaway….

15 responses to “By the Shores of Loch Broom: The Fowlers’ Retreat”