When the Sainsbury’s Christmas advert 2014 debuted, there was a debate on the radio on whether choosing to depict the Christmas 1914 truce between British and German soldiers in the trenches as a triviality, involving the giving of chocolate to one another and using this historic event to sell things, is an appropriate way to for us as humans to remember something like that.

There were interviews with young people saying that it was inappropriate because it completely trivialises and commercialises the whole thing. I nearly threw something at the radio. What a stupid thing to say. Advertising or not, having that event shown on our TV screens will help us to remember something that we CANNOT remember because we were not alive.

To be shown on air by a company that will probably sell us at least some portion of our Christmas dinner this year keeps that historic event current and relevant in our eyes, and that’s something that cannot and should not be pooh-poohed. It’s a nice advert and it’s not doing anyone any harm, and it reminds us not only about supermarkets but about peace, which can never be a bad thing. Jonah Lewie famously depicted the First World War in ‘Stop the Cavalry‘ and no-one batted an eyelid.

It may be an advert, but it’s also a memorial of sorts. Memorials exist because we need to remember – an event, those that died needlessly – so that we can also try to remember how to be peaceful, so that horrific things do not happen in the future. We also must remember the past, because only by being aware of the past and where we have come from as a society can we know where it is we’re going. Or something. I wonder if this is why the Victorians wanted to be buried in very fancy, imposing mausoleums – because they wanted to leave behind something for future generations to Be Aware of. I wonder what future generations will think when they look at the memorials we have left behind.

I don’t remember the First World War (obviously) but there have been several horrific acts of war that I sadly do remember. One happened in my own city in 2005. A couple of years ago I stumbled across the memorial built to honour the victims of 7/7 in Hyde Park, with a couple of friends and quite by accident. We knew immediately what these pillars rising up out of the grass represented and on a sunny, spring day when the world was coming to life around us, we stood there and let the truth of this memorial wash over us in sadness and silence. 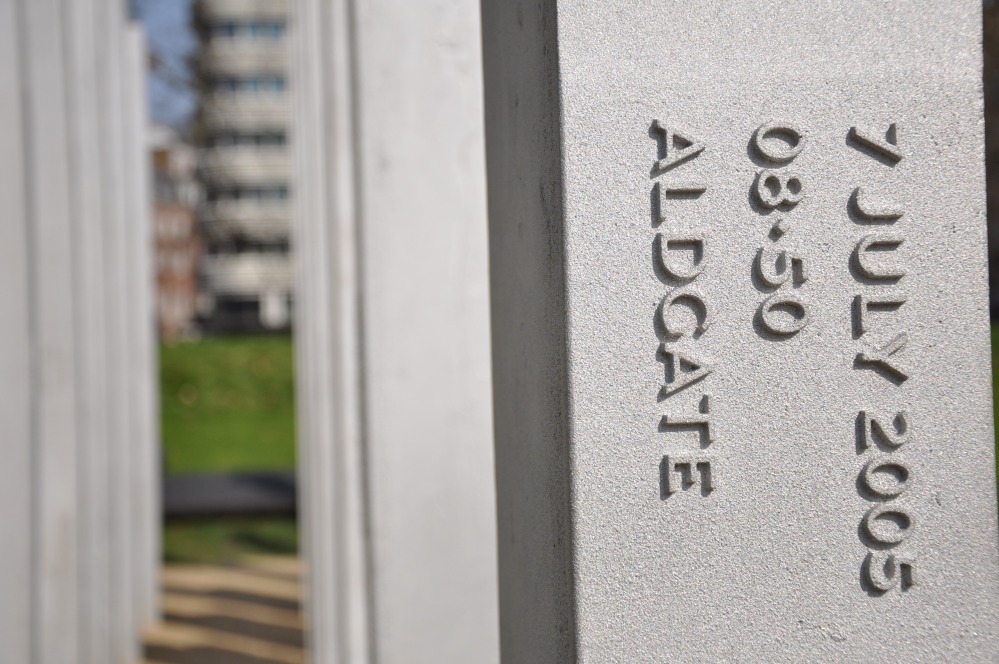 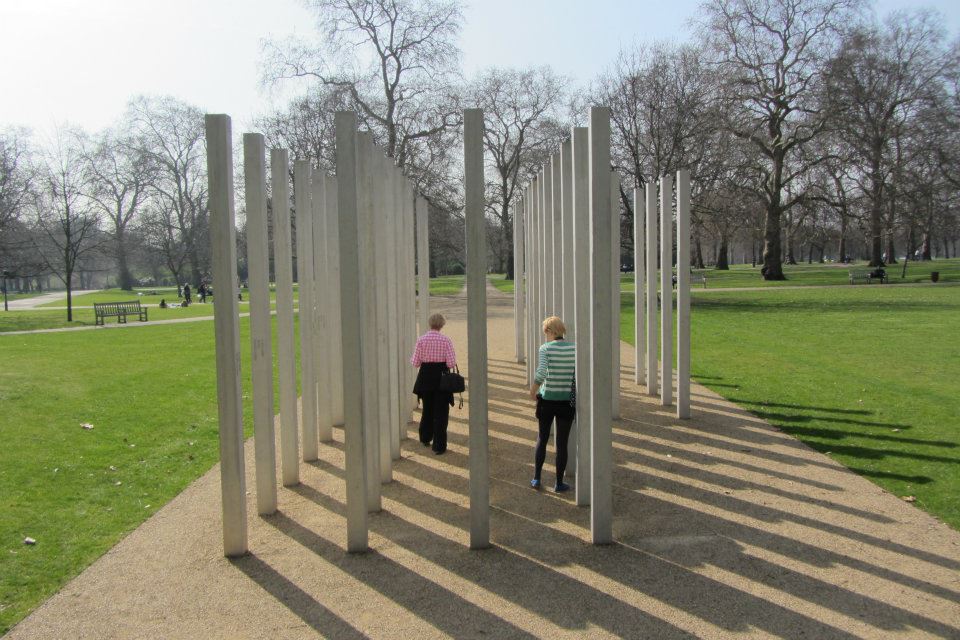 Memorials happen in all shapes, sizes and forms. At Christmas, there’ll be one on the TV, and while it’s true that a particular memorial is being used to make money for a massive household name, it’s no less just that – a memorial. It will touch people and maybe they’ll be inspired to learn about that historic event. In a world where knowledge is literally at our fingertips in the form of Google, it’s perfectly plausible that a new generation will now be aware of past events because of this advert. It certainly has to be better than a depressed Penguin or a tiny Narwhal emerging from a bowl of punch.

All photography on this page by Christina Owen copyright 2014.

Except for the last image, by Becky Black, taken in March 2012.