A department store was perhaps the most fitting place for this man to die. But not in the way he actually did.

I was supposed to be researching a tour along a canal the following day, yet there I was, making a bee-line for Kensal Green Cemetery, walking a mile off course to find the grave of a man whose life (and horrific death) had been preoccupying my thoughts for weeks on end. 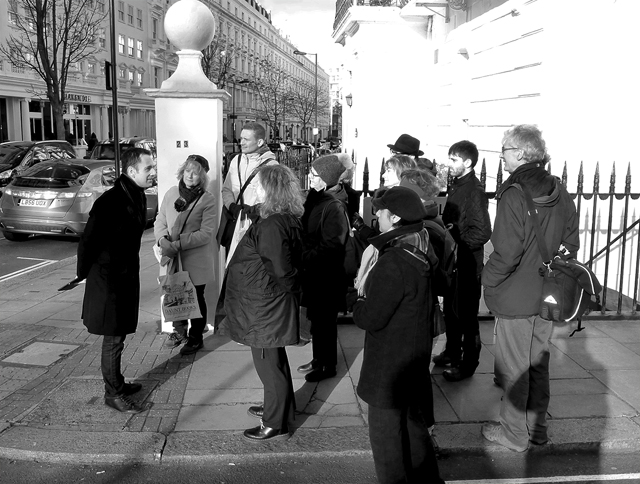 During a reunion walk between my fellow course mates on the City of Westminster Guiding course, I heard the life story of a brilliant man who single-handedly built an empire. He was one of those men who litter the Victorian era: starting off with nothing and then reaping the successes of hard work. Becoming a household name, he held a reputation that stretched to all four corners of the globe.

His story was destined to end unhappily.

Bayswater was the epicentre of William Whiteley’s success. Described by some as a cross between Sir Alan Sugar and Willy Wonka, it was his visit to the Great Exhibition of 1851 that fired his imagination and passion for retail: marvellous goods and wares from all four corners of the empire and yet none of it was for sale. He wanted his own Crystal Palace where everything on show was for sale and to be a world renowned retailer. The decision was made: as soon as he was to complete his apprenticeship in Yorkshire, he would come to London to find his fortune.

In 1863, after saving £700 from a job he’d taken at a Drapers in Ludgate Hill, he owned one shop. By 1867, he owned the entire parade. Founding his own version of Harrods in the west of London, his services were recognised by Queen Victoria who gave him a Royal Warrant in 1896 – an unprecedented move.

On January 24th 1907, a young man entered the shop wishing to speak with Whiteley, claiming that he was on business from a solicitor. The chief cashier showed him to Whiteley’s Office where business was to continue as usual.

Half an hour had passed and the shop assistants had begun to worry. He was known for the speed with which he dealt with meetings and when shouting began to bellow from the office, a number of them became concerned. Very soon, Whiteley thundered out of his office and asked for a Policeman to be called immediately. The visitor, clearly aggrieved, then draws a pistol and shoots Whiteley twice, the second shot spreading his brains all over the floor. The visitor then turns the gun on himself, falling into a position that mirrors the final position of his victim. 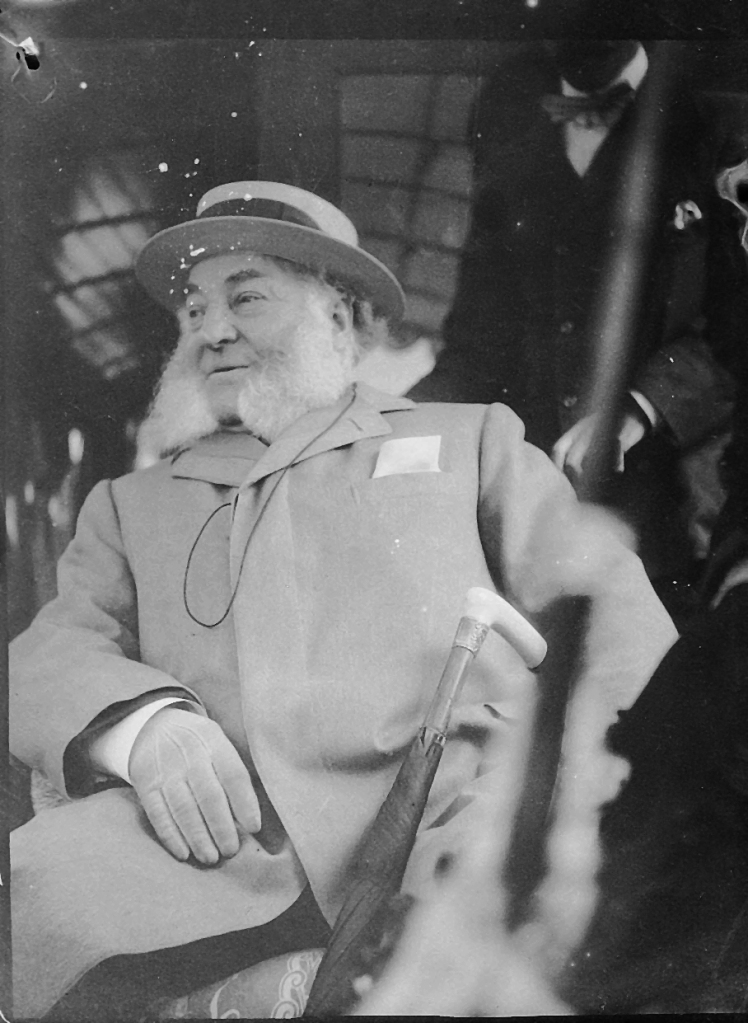 The visitor, called Horace Rayner survived, but where he failed in killing himself, he succeeded in losing an eye. He’d come to the store asking for a job from the man who he believed he was the illegitimate son of, to which Whiteley point blank refused any assistance to him. A motive had been found: public opinion actually sided with Rayner after the less salubrious details of Whiteley’s nature came to light at the inquest – making his staff work sixteen hour days, his terrible womanising and demeaning punishments for the most minor of offences. Rayner’s sentence was commuted from hanging to twenty years imprisonment after public support demanded clemency, supported by articles in newspapers of the time.

As someone who works in retail, the whole affair had me intrigued. It certainly sounded better than anything I’d heard of that blasted Mr. Selfridge programme, and I was surprised to learn the story was made into a radio play in the 80’s, which is well worth a listen from the title alone – Willy’s Wild Oats. And there I was, at the grave of a multi-millionaire (surprisingly in a very regular part of the Cemetery – a spend-thrift even in death?) with people walking past, completely unaware of the events the man ten feet below me had experienced.

My thanks to the Friends of Kensal Green Cemetery and Sandy Rhodes for assisting me in the research for this post.

3 responses to “Death in Bayswater”