A Touch of Class In Hampstead Cemetery

After a short walk from West Hampstead tube and cutting through Fortune Green, my first experience of this garden of the dead was through a narrow alleyway, I was then presented with a choice: left or right. The alleyway splits the cemetery in two, so I had to choose carefully…

Hampstead Cemetery has always been the preserve of the rich and famous, catering for the prosperous locals that have and continue to live in the surrounding area. From the stories I’ve found within it over the years this does reflect on the histories I’ve found – tales of minority histories or those of the lower classes are harder to find.

Hampstead is the first Cemetery I’ve been to which *feels* like it did back in its Victorian heyday. Opened in 1876 as one of the new wave of burial places after the likes of Brompton and Nunhead, and with Joseph Bazalgette of Embankment Gardens/Hammersmith Bridge fame serving as engineer to the site a team of thirty gardeners kept the march of nature to a tidy, ordered, pleasant place to tale a stroll. Although that number has been significantly reduced, its a very ordered place to be which probably explains the sheer amount of people using it on the Saturday I paid a visit.

It’s a good reminder that grand monuments didn’t necessarily come from the reign of Victoria. The above organ – which you sadly can’t play for real – is the monument to Charles Barritt, who was a humourist known for ‘being funny without being vulgar‘. Nearby and more recently, fellow humourist Alan Coren has a simple grave, his link to Cricklewood forever immortalised on his headstone.

The memorial to Martha Gall-Bianchi is one of the finest funerary sculptures in any British cemetery. Art deco extravagance in a distinctly European style: an angel looks down on her tomb, with two marble reliefs flanking either side. Martha died in childbirth in 1936 after giving birth to her son Robert. Her husband was so distraught he had this magnificent piece built in her memory, forever preserving them both in a relief to the left of the winged sculpture. Sadly, the beauty of this piece has been marred by being the target of scrap metal thieves and the knowledge that in death the couple were not reunited: The London Dead has a superb blog on what became of her devastated husband.

Hampstead was something of a creative hub back in the cemeteries heyday, and the amount of actors buried here is unusual. Fred Terry has an impressive tomb (which resembles a bunker) and was interred here in 1933, with his wife, the actor Julia Neilson joining him in 1957. The pair of them were acting royalty: having managed the Theatre Royal Haymarket for 27 years and were noted for their appearances in historical dramas, such as ‘The Scarlet Pimpernel’ and ‘Sweet Nell of Drury Lane’. Julia published an autobiography in 1941 which is a historians dream: sharing amazing little tidbits that you don’t find on a typical Wikipedia page – such as Fred’s smouldering look being the result of being left nearly blind after a bout of Measles in his youth and Julia rationalising her friendship with Oscar Wilde years after his private life was dissected in court in the 1890s. 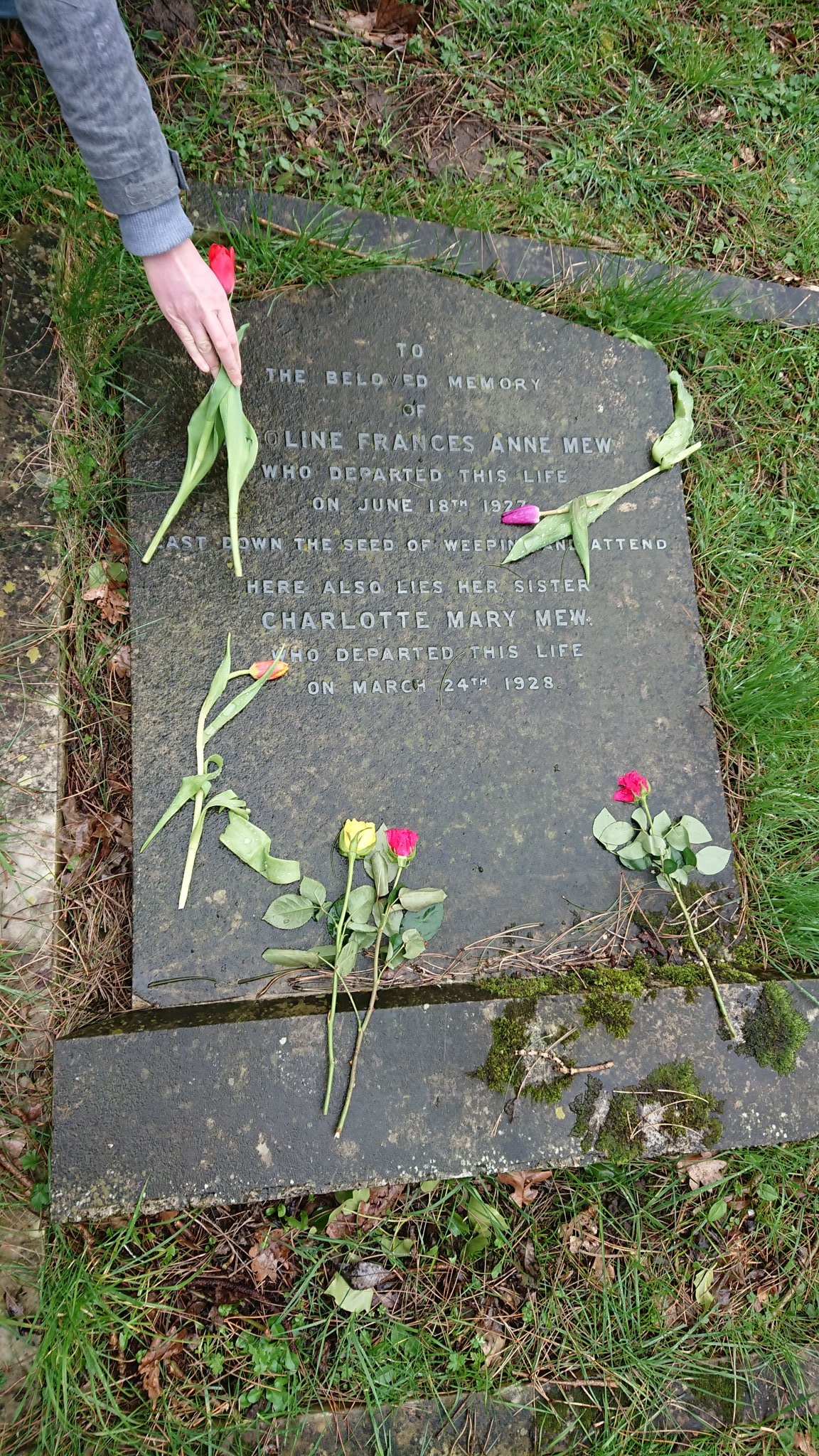 Also here is the poet Charlotte Mew, whose importance to both queer history and poetry is incredibly important. Her output straddled the change from Victorian sentimentalism to more modernist poetry, which may explain why her name is largely unknown today, despite being championed by the likes of Thomas Hardy and Virginia Woolf. Themes of death and frustration are prevalent in much of her work: she was likely a lesbian and her family’s history of mental health inevitably led to her suicide in sheltered accommodation near Baker Street in 1928 after drinking Lysol, a type of bleach.

Also here is, bizarrely, Andrew Fisher, who was for three terms the Prime Minister of Australia. He died locally and legendary Labour MP Ramsay McDonald attended this obelisks unveiling: numerous attempts have been made to bring him back to Australia but to no success. 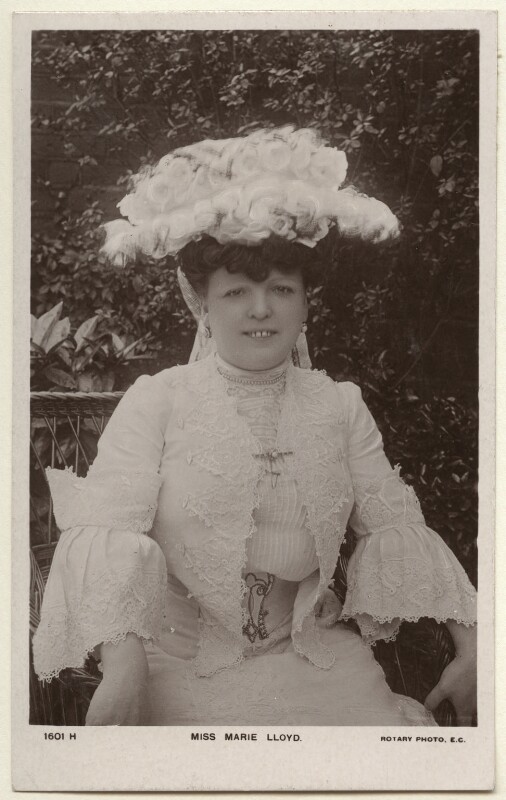 One of the biggest funerals that the cemetery saw was that of music-hall superstar Marie Lloyd. The nation;’s sweetheart and the mistress of innuendo, she was easily the Adele of her day and her death caused nationwide mourning. It was interesting to see her grave as I was already acquainted with her husband, the comedian Alec Hurley, who she met whilst she was married to ticket tout Percy Courtenay. Marie’s life is sadly at odds with the mirth she brought to her audience: her relationships  – especially husbands 1 and 3 – were terribly abusive to her. Although supportive of his wife, Alec filed divorce proceedings against Marie after she ran off with jockey Bernard Dillon, 18 years her junior, leaving Alec heartbroken, although he never finalised divorce proceedings out of respect to her career.  Dillon’s treatment of Marie hastened her end and her premature death in 1922, with her funeral bringing North West London to a standstill.

Another tragedy happened on Tuesday 13th December 1892, when Robert Dickens, no relation to Charles, was walking through the cemetery with his head full of anticipation at the upcoming Christmas celebrations.  The delight turned to dread as he found the body of Edward Cornelius Scanes draped across a grave, with a gunshot wound to his chest. Scanes, of 77 North Street, Marylebone, had been suffering from depression and in one of the three suicide notes found on him, one rued ‘the poor state of my head’.

Another character to highlight is that of Walter Smith, who helped popularise Christmas crackers! Inheriting his father Tom’s company, his factory in Clerkenwell oversaw many festive pops and bangs – which I explore in this blog here.

Hampstead as it is is an idyllic collection of mansions, green space and general loveliness, but the cemetery is the focal point of a beautiful environment, pretty graves and an idyllic, peaceful space to escape from the outside world.

7 responses to “A Touch of Class In Hampstead Cemetery”