The people whose houses backed on to Chingford Mount Cemetery would be forgiven for thinking that the Resurrectionists had returned, early in the morning of the 15th of June 1934. Flickering torches slowly meandered their way through the darkness, the light catching the odd headstone here and there. Their flickering light barely illuminating some kind of movement, as if people were digging. Daybreak came and the midnight diggers left – with a coffin in tow.

Back on the 22nd of May 1934, John Wilmott, of Woodford Green, was found, his head and face covered in blood in Epping Forest. Soon after he was taken to Whipp’s Cross Hospital but before Doctors had a chance at saving his life, he expired. The bizarre events which led to his death would require an investigation.

It emerged that he allegedly fathered a child with another woman, a claim to which he refused to his wife – and she believed him. ‘He loved me and I loved him. We had a happy married life for ten years’, Florence told the press. The exhumation itself was a surprise as Sir Bernard Spilsbury, a leading Pathologist of the day (who would later commit suicide on campus at UCL) had theorised that he’d either received two separate blows to the head or had fallen from a tree. So what was it – murder or suicide? An open verdict was recorded and his wife, who didn’t even know about the second exhumation until a reporter from the Telegraph appeared at her front door, was escorted from the Court Room a broken woman.

Myself and Paul visited Chingford Mount in slightly happier circumstances, however. This was the first cemetery we saw on our death road trip (being followed by a trip to St Patrick’s in Leytonstone). Chingford Mount, named after Caroline Mount, who owned the land – has a considerable lineage; opening in 1884 as the successor to Magnificent 4 of 7 Abney Park, which in turn opened as a relief to Bunhill Fields, which itself closed in 1854. 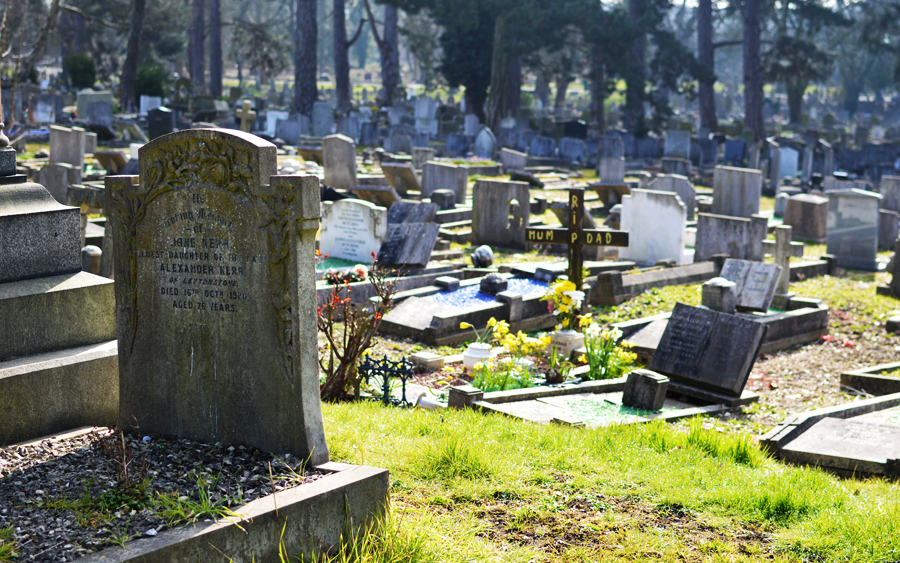 Bunhill had its ministers and dissenters, Abney had its exotic trees and flowers. Chingford has none of those things – other than an impressive driveway of mature London Plane Trees; this is a suburban cemetery catering to a very different area of people – but don’t let that put you off; its landscaping may not be dazzling but, as in the case of John Wilmott – some very important lives and stories lie here. 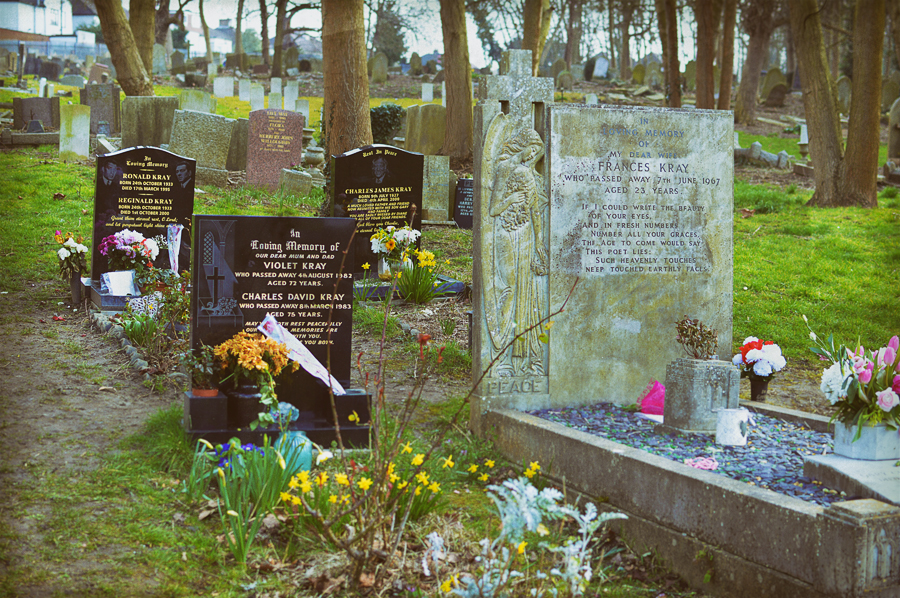 Let’s get it over with, as you can’t talk about Chingford Mount without talking about two of the most notorious criminal twins of all time – the Krays. London’s favourite gangsters occupy a corner plot with Reggie’s wife Francis, their mother Violet and older brother Charlie. We’d already been to the grave of George Cornell in Camberwell New Cemetery – murdered by Ronnie after he’d call him ‘a fat poof’ – and despite their reputation and subsequent incarceration, this little corner still draws admirers. A man in a Ford Zetec drove up to the grave whilst we were there and paused for a few moments, whilst blasting Little Mix very loudly from his Car. A picture was taken and then he promptly drove off.

I wonder if the Krays would have liked Little Mix?

If you’ve ever strolled near Goodge Street Station you may be familiar with the Caffe Nero that’s marooned in the middle of an open space. Part of this site was the burial ground for the Whitefield Tabernacle (now known as the American International Church) where, because of constant rioting and the need to redevelop a very dilapidated church, all bodies were moved en masse to Chingford Mount. All bar one  – the reverend Augustus Toplady, who was buried so deeply in the bowels of the Church they thought it best to leave him there. He wrote the Hymn ‘Rock of Ages’, which indirectly led to Def Leppard’s tune, too. 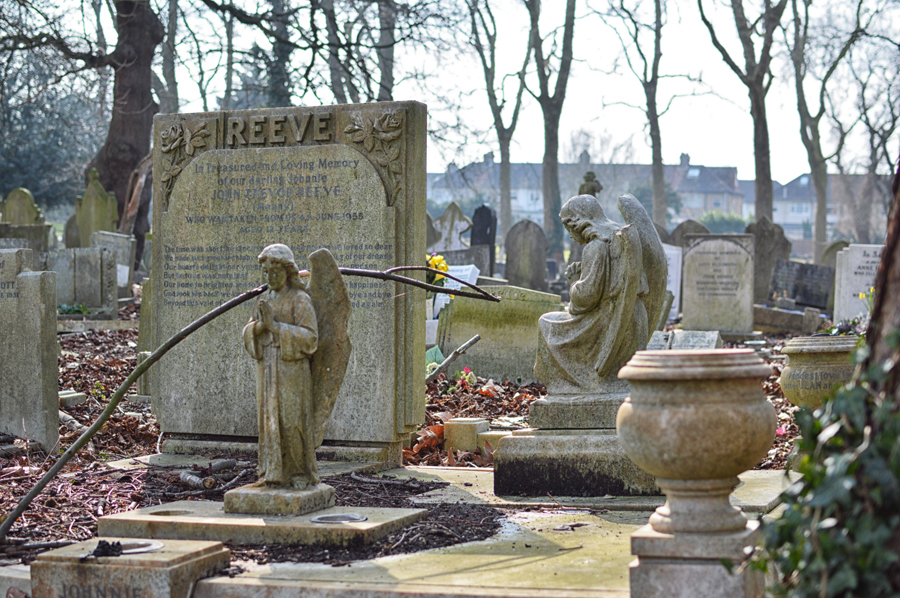 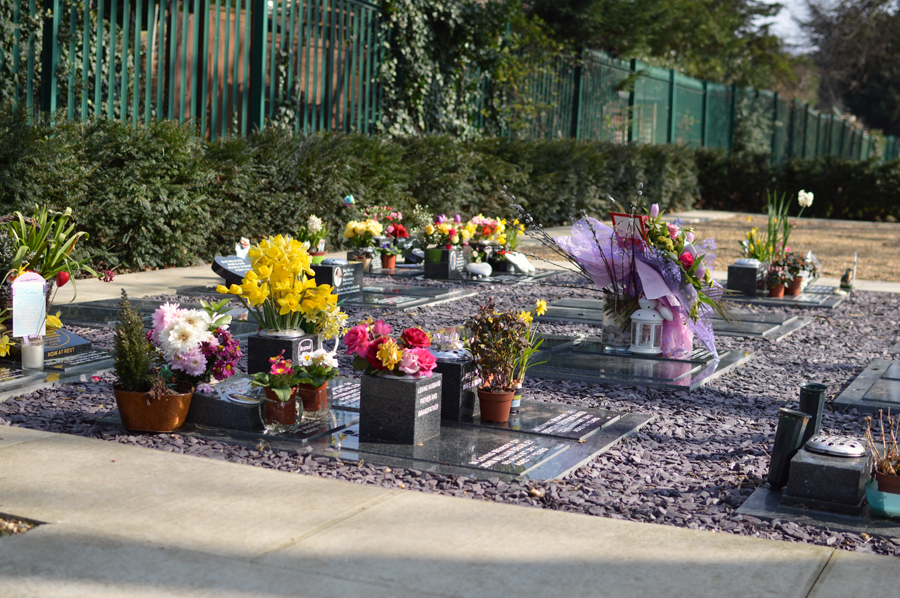 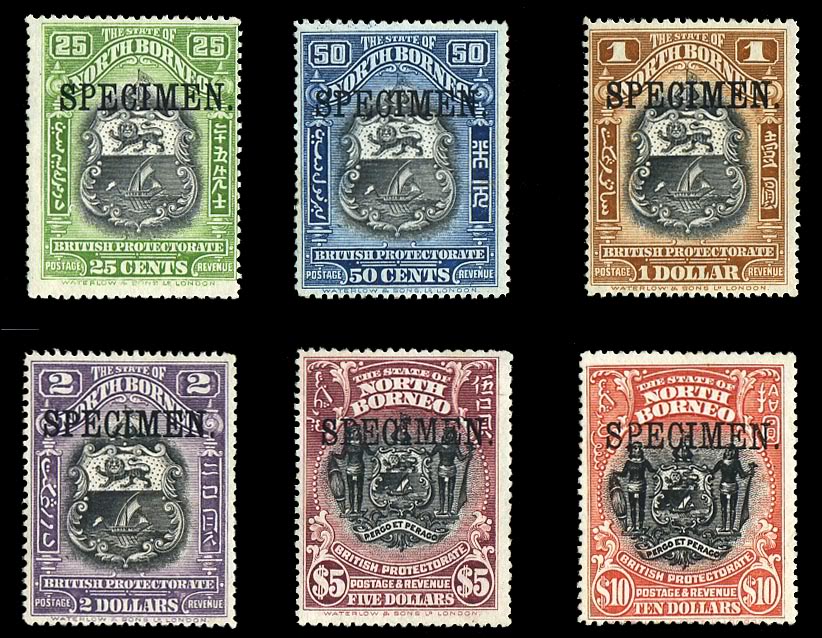 Another notable (overshadowed, forgotten, etc) person is that of John Bass. Bass was the director of Waterlow and Sons, an engraver of currency, stamps, stocks and bonds, often working with the British Government. Although a family run business, Bass had worked for the company for 52 years and had spent the most recent 18 of those as its managing director. ‘The deceased was well known and highly esteemed in the City’. Their printed materials are still rather eye-catching.

One of the oddities of Camden, like the site of The Whitefield Tabernacle, is Pollocks Toy Museum down Scala Street. A long standing visitor attraction based there since the 1960’s, its roots go back to the 1870’s when Joseph Pollock built toy theatres in Hoxton. Based in Hoxton Street, the likes of G.K. Chesterton and Charlie Chaplin were known fans and visitors yet his business flailed, which probably explains why he was buried in a common grave in the cemetery in 1937.

Financial hardship rocked the Cemetery at the beginning of the 2oth Century and with mismanagement and the alleged activities of a Poltergeist in the entrance lodge, Chingford Mount fell victim to vandalism and arson; its beautiful (and now, sadly demolished) Chapel damaged by fire, which took most of the records with it. Local people rallied and strongly advised Waltham Forest Council to step in and purchase the Cemetery for £1, which was a very good thing – it turns out the Cemetery was only two thirds full and has space for another 100,000 people!

It may not be as romantic as Abney Park or Bunhill Fields, but take a stroll here as the weather improves – besides the Krays, whether you’re a philatelist, toy collector or an art fan – Chingford’s charm makes it a highlight in this part of London town.

3 thoughts on “A Gangster’s Paradise”