From Shadow and Images Into Truth

As part of the celebration of LGBT history month, we’re using cemeteries as a starting point to talk about historical people who have links to being LGBT. Today we examine the question mark that lingers over Cardinal Henry Newman.

In 2008 Newman was venerated under direct orders from the Congregation of Saints. For this, they requested Newman’s remains to be exhumed and reinterred in the Birmingham Oratory. Great for him and his legacy perhaps, but not so when you consider one of his last wishes whilst he was the other side of the soil:

“I wish, with all my heart, to be buried in Father Ambrose St John’s grave – and I give this as my last, my imperative will.”

St John is integral here, because for decades question marks over the relationship he had with Newman has been the subject of debate.  Concerned that after his death he’d be transferred to a mausoleum post mortem, Newman used terms such as ‘confirm’, ‘insist’ and ‘command’ that he be buried with St John.

Newman was one of the last Romantics; a few years younger than the likes of Keats and Shelly and in age where emotions were kept firmly behind closed doors, he would openly display emotion, such as weeping at the grave of his mother or at the funeral of his friend Henry Wilberforce. It was certainly not uncommon for two men to have intense friendships in the 19th century but, according to Peter Tatchell, who in an article in the Guardian in 2008 claimed that insiders in the Catholic Church sanctioned the exhumation, in part, to quash any rumours that the relationship between the two men was homosexual.

Newman and John were both Catholics; Newman being a Cardinal and St John a priest. They were lifelong friends, meeting at Westminster School and for the last 30 years of St John’s life at least, shared accommodation with each other. Newman was born in the City of London in 1801, the eldest of three sons. At the age of 15 his Classics teacher from his school lent him some Calvinist books which coincided with a spiritual awakening which left no doubt to his beliefs; in his own words his belief in God was ‘more certain than that I have hands or feet’.

Newman became involved with the Oxford movement after becoming an Anglican priest upon graduating (by the skin of his teeth, mind, after suffering a nervous breakdown and just-about scraping a 2:2 in Classics) and latterly converted to Catholicism after he became concerned that a number of heretical concepts from earlier centuries were being seen in literature and worship of the day. Living a quasi-monastic life in Littlemore, Oxford, and no doubt influenced by St John’s conversion a month before, he became a Catholic priest and was received into the church by the Blessed Dominic Barberi in Rome, 1845. 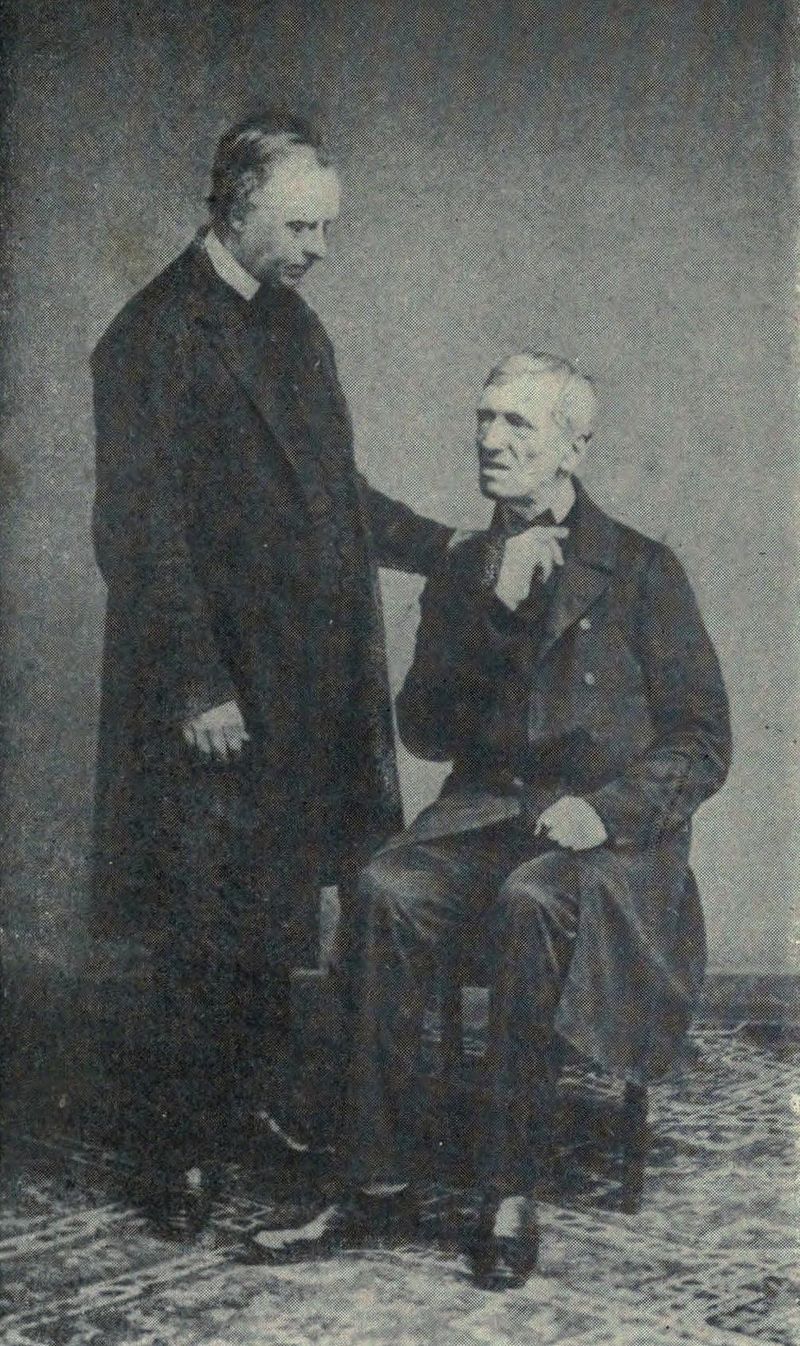 Ostracised by many family and friends, his closeness to St John was important. With St John, they converted a gin distillery close to Birmingham town centre into a chapel, with the Oratory then moving to the suburb of Edgbaston. A man of tireless work ethic, including 56 crossings between his home and Dublin where he was asked to help found University College Dublin (considering he was in his 50’s at the time and Easyjet was not to exist for at least another century).

In 1875 St John died, and Newman felt responsible for his death, citing that perhaps he had overworked him to an early grave. Writing of his death at the time, the melancholy Newman wrote  “I have ever thought no bereavement was equal to that of a husband’s or a wife’s, but I feel it difficult to believe that any can be greater, or anyone’s sorrow greater, than mine.”

“While we need to be careful about making stereotyped assumptions, it is true to say that the Cardinal was not exactly macho. In his portraits, he looks quite camp. His soft, gentle, effeminate demeanour is typical of what we often associate with some gay.

“To be fair and to err on the side of caution, given both men’s rather orthodox religious beliefs, they probably did not have a sexual relationship. It is likely that they had a gay orientation but chose to abstain from sex.” said Tatchell.

In 2008, permission was given to exhume the long dead Cardinal. Many were shocked an a poll of the time suggested 82% of people would rather he be left where he was, but upon opening the grave, bar coffin handles and his name plate, virtually nothing was left of him – never truer were the words ‘thou art dust and unto dust thou shalt return’. This posed an interesting problem because an exhumation can’t happen without a body; however, hair fragments were gathered and are now housed in a shrine in his beloved Oratory.

Now, peering down the telescope of time we could easily perhaps lay claim that the relationship between these two men was more than just platonic. As all priests vow, Newman himself was celibate but is it possible to erase all feelings of tenderness? And was he actually gay?  We’ll of course never know and there is evidence he had connections with others too, but I think we should at least entertain the possibility he may have been and dispense with the historical refusal/disdain of times past.

One response to “From Shadow and Images Into Truth”