A continent so vast and desolate it contains 90% of the world’s sheet ice. Its discoverer? An Irishman, who rests in a cemetery on the English south coast…

Brighton Extra Mural Cemetery. The monuments and tombs here are an everlasting festival of Victorian Sussex. I love it here; it’s one of my favourite cemeteries. I’ve long said that if I ever get married, the service will be held here in its sole remaining chapel. 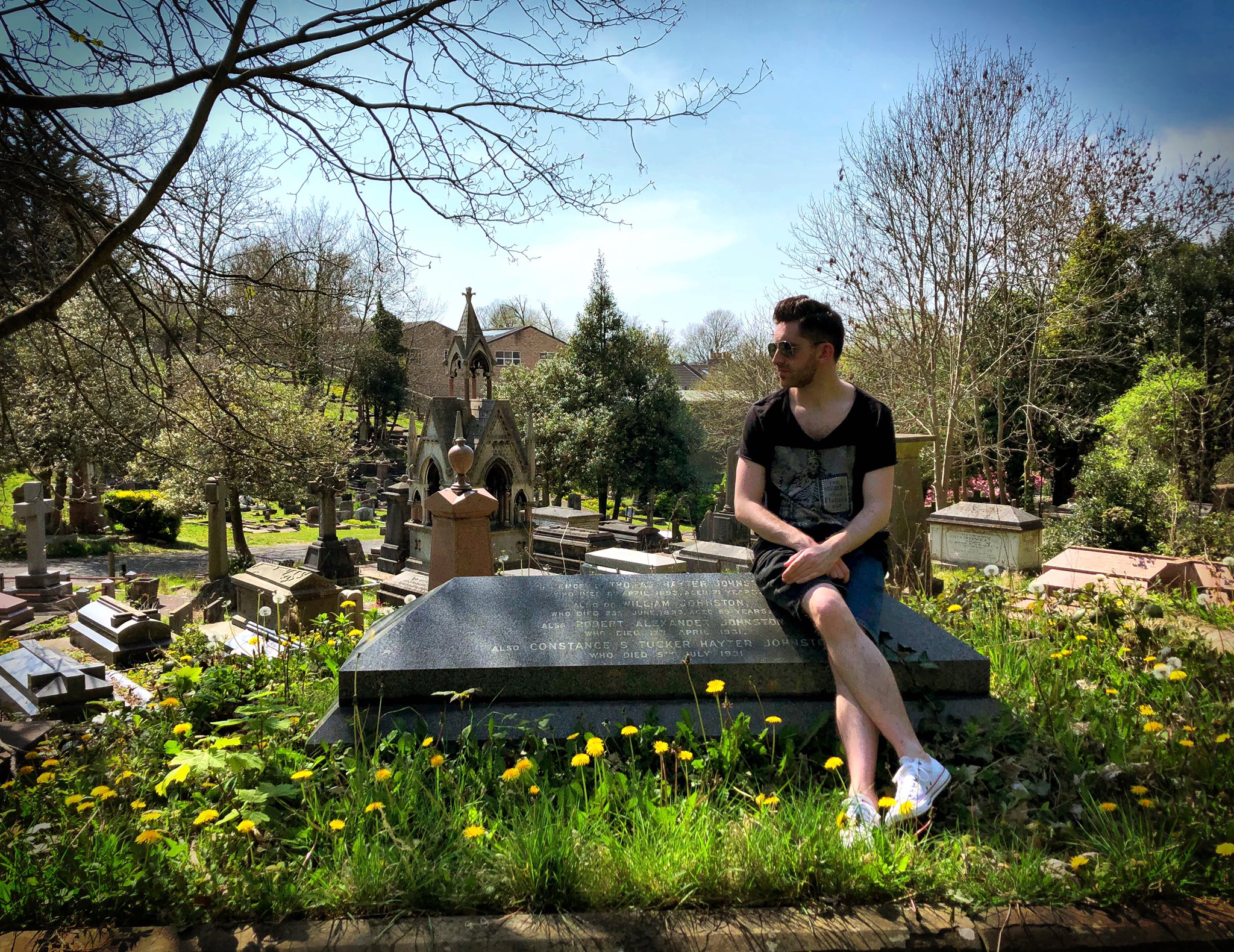 Names catch my eye all the time as I perambulate around my beloved cemeteries and the chiselled examples in this one are no exception to that rule. But sometimes, I miss the bloody obvious and this grave is incredibly important when it comes to polar exploration. In fact, the person I missed found an entire landmass.

Back in 2017 I captured this image on my then newly acquired Nikon 3300. I didn’t think too much about the name of the woman it commemorated but it made for a nice picture.

But as with many tombs and monuments, dear reader, there is often someone else alongside the name you first spot and on my latest visit the other week, I did what I should have done in 2017 and looked at the other side.

Never mind your ‘in loving memory’ or ‘in deep affection of’. ‘The first man to see Mainland Antarctica‘.

‘This is a blog post isn’t it? sighed my other half, who patiently put up with my exclamations of ‘oh my GOD!’ and ‘wowser!’ for the next ten minutes. He took a seat amongst the Bransfield’s neighbours and looked on as my iPhone lit up in  flurry of research.

2. From Fishing to Fighting

It’s bonkers to think that Antarctica’s existence wasn’t confirmed until the 19thcentury, although suspicions of a continent to the extreme south persisted from the time of Ptolemy. Captain Cook came close to seeing it during a voyage in 1775, he hypothesised on the possibility of a polar continent that:

‘[I] firmly believe it and it’s more than probable that we have seen a part of it’.

Bransfield’s story starts in Ballinacurra, Ireland where he was born in 1785. The details of his early life are lost to time (much like his later life) but what we do know is that aged 18, he is press-ganged into the British Navy after being seized from his father’s fishing boat. Over a near twenty year period he served various roles, fighting the French for ten years and emerging unscathed which is highy unusual. He was present as master of the HMS Severn at the Bombardment of Algiers – which sought to end the practice of trapping Europeans into slavery. 1 in 6 of those who fought were killed.

In 1817, his official duties being fulfilled, he was posted to Valparaiso in Chile as part of the Royal Navy’s new Pacific Squadron serving as master of the HMS Andromache.

Now, this is where it gets proper interesting. In 1820, merchant seaman William Smith sights unexpected land as he sailed from Buenos Aires to Valparaiso. He reported this to Captain William Henry Shirreff (who has been posted there to protect British interests) who was sceptical and wanted further investigation. Smith was unable to locate the territory on his return to Montevideo a few months later. It was a case of third time lucky when he sailed round the Horn to Valparaiso and on 15th October 1819 land was clearly sighted. Two days later, Smith took a small party ashore and named the territory New South Britain. Today, these are known as the South Shetland Islands.

With this, Bransfield was appointed to navigate and investigate.

Sworn to document what was found in secret and to be claimed in the name of George IV, the journey south was fraught with danger especially as the ship concerned ‘the Williams’, hadn’t been adapted to navigate the formidable ice.

Land was first spotted on the 16th January 1820 as Bransfield sailed along the New South Britain, like Smith had done a few months beforehand. A small landing party took a boat to King George Island and claimed the land for Britain.

On the 20th January, one of the junior officers on the voyage, C. W. Poynter, recorded in his logbook the observation of ‘immense mountains, rude crags and barren ridges covered with snow’. Under Bransfield’s navigation, the land of the South Pole had been found.

Bransfield’s voyage was remarkable for many reasons; the crew would have stayed longer had they not dressed for South America and no fatalities occured during the entire voyage occurred. Bransfield gave his log book to Captain Shireff and was more than up for a return trip to discover more – the Admiralty however seemed more concerned with efforts in the Northwest Passage and the logbook has since been lost.

Bransfield, despite dying in obscurity in 1852 at 61 London Road, Brighton, his legacy is alive and kicking. In his native Ireland he has a strong and loyal fanbase, evidenced by a Facebook page that records his achievements.

His hometown is about to be the location of a sculpture in memory of his achievements, undertaken by Matthew Thompson in the shape of a navigation marker, which were common sights along the coast of his early years in Cork as they denoted safe harbours. For a navigator, what a fitting thing to have.

But Bransfield, along with Anne (who warrants research as much as Edward does), today lie in the peaceful Brighton Extra Mural, right by the sea, an echo of a voyage that made our world a little bit bigger.

But if Bransfield claimed Antarctica for King George IV, why isn’t it British?