There I was boozing in a pub with father dearest when I spied some Victorian books on display, above where we were eating our lamb rogan josh and wiltshire ham, eggs and chips.

One particular tome caught my eye as it’s a name I’ve encountered before: I rather suspect this guy was the Victorian Robin Williams. Look at the cover image on this biography by Thomas Edgar Pemberton, this edition published in 1890. Dressed with long, theatrical whiskers and a quizzical, confused glance – this was a man who defied the convention of what a 19th century gentleman should be. 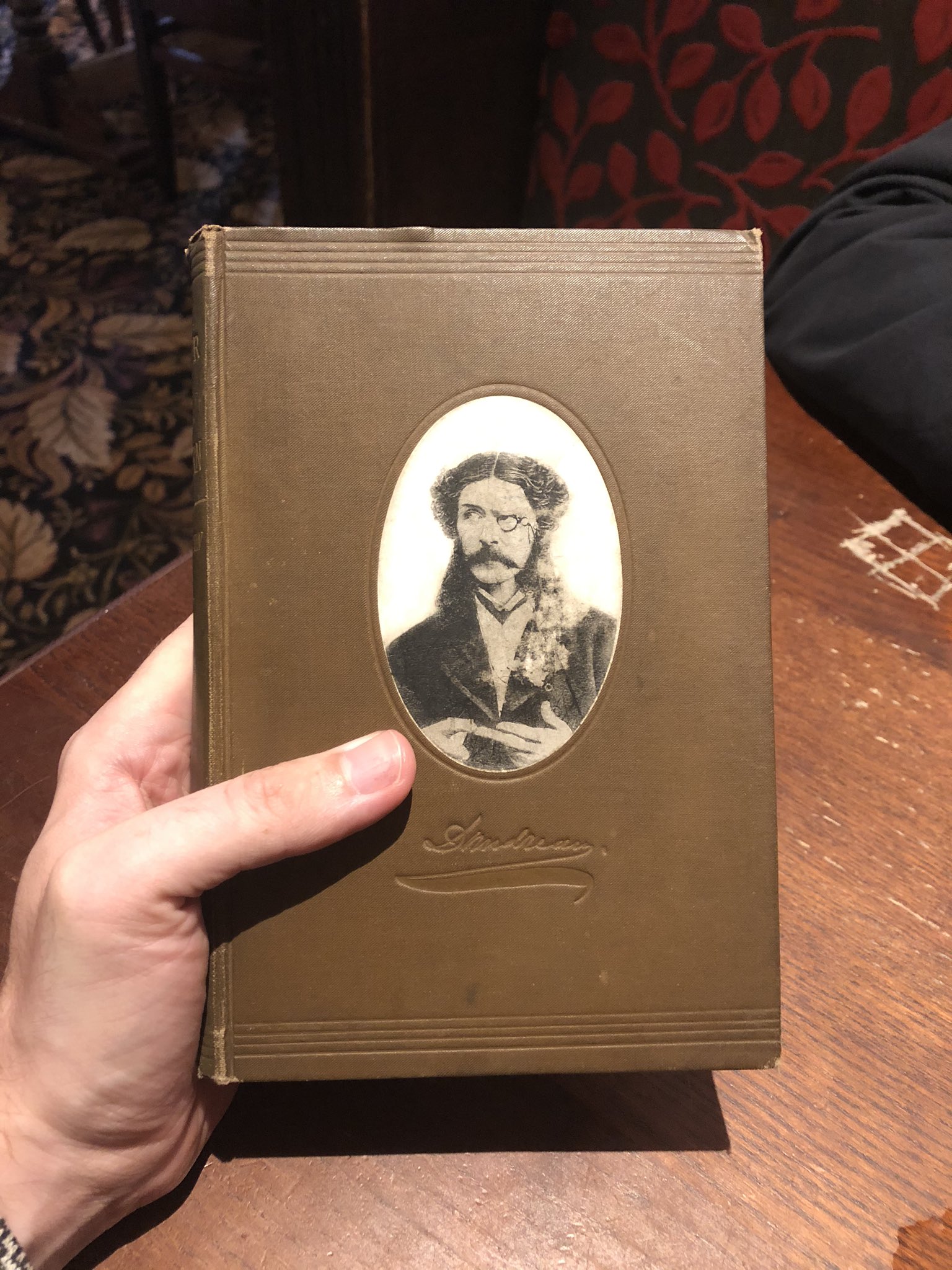 Now, I’m studying for a masters so I haven’t read the whole book  – but from what I have read, this guy was bonkers. He was so much of a practical joker that most people didn’t attend his funeral because they thought it was another jolly wheeze he’d played.

Comedic actor Edward Askey Sothern, of course. He was son of a merchant and an inherent practical joker. His birthday was April Fool’s Day which gave him free reign to play prank after prank on many of his friends and associates.

An actor who whose fame would be ‘forever remembered’ according to his biographer (ah, that old line), he’s best known for originating the role of Lord Dundreary in Our American Cousin, the play Abraham Lincoln was watching before he was shot, although he wasn’t in the cast on that horrible night in 1865. He was well known in both the United States and the UK.

The character he played was essentially a bit-part character which Sothern was reluctant to take on. ‘It’s a rather small part’ he worried, only to be told by a fellow actor Joseph Jefferson that ‘there are no small parts, only small actors’.

This lit a rocket under his arse and he greatly expanded the character, soon becoming star of the show. Portraying Dundreary as an oafish toff, he gave him a lisp and lent his name to ‘Dundrearyisms’ – malaporprams after Sheridan; muddled sayings such as ‘Bird of a feather gather no moss’.

His love of jokes

When he wasn’t acting he was hunting; much to the annoyance of theatre managers. He’d be off on a horse somewhere in Leatherhead or Windsor and have a performance at a theatre such as the Haymarket in the afternoon. On one occasion he had to bribe a train driver at Three Bridges to divert a locomotive to Clapham Junction to ensure he wouldn’t miss a performance – imagine that happening today!

Sending letters was also something he revelled in. Many of his recipients would fid their letters sent from his house in Chelsea had arrived via Dundee, Glasgow, Dublin and the Suez Canal – with no explantion as to why. He would intially write an address on the envelope in pencil and send it on as normal, asking the receiver to send it back to him. He would then recycle the envelope, postage stamps attached several times before sending it on to someone of high importance who would then probably question what the bloody hell the postal service were playing at.

Another incident involves a visit to an ironmonger. Accompanied by a friend, he walks in and asks for ‘Macaulay’s History of England‘. Confused, the shop assistant directs him to the booksellers just down the road. But Sothern wants it gift wrapped: the assistant asserts once more that it’s an ironmongers and not a book shop. “I’m in no hurry. I’ll wait here while you reach it down.” The manager is then called for by his frantic employee, at which point Sothern calmly asks for ‘a small, ordinary file, about six inches in length’. The manager shoots a look of ‘supreme disgust’ at his assistant and Sothern’s friend can barely contain herself.

As a former retail employee myself I’d probably quietly mutter an unmentionable name under my breath as he’d leave he shop, much like the poor soul who had to serve him at a post office when he came up to the counter asking for ‘some nice fresh stamps.’ 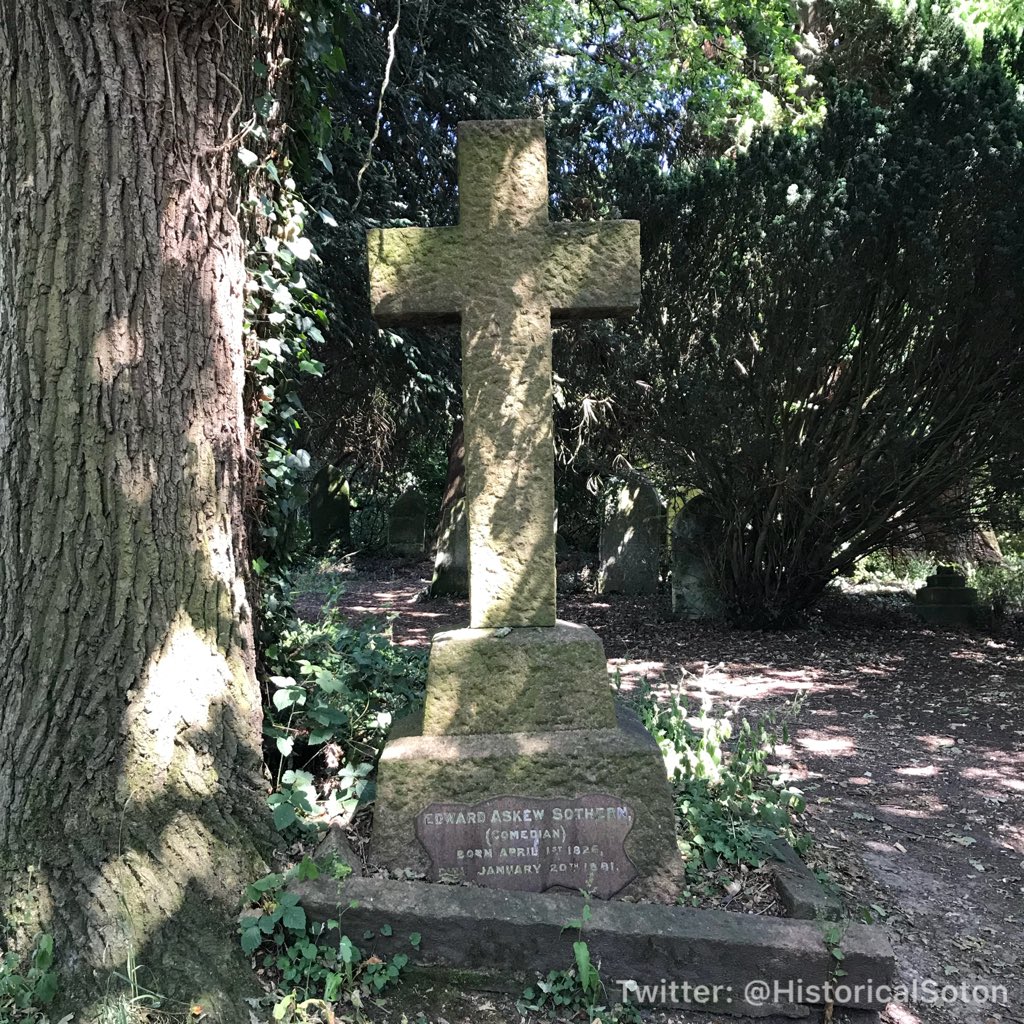 He’s buried in Southampton Old Cemetery as per his instruction after an long perod of illness that robbed his body of health: his mind remained sharp until the end. He openly tried to ignore the advice of his doctor about taking it easy until he was unable to carry on and it’s curious to see that his profession is very clearly stated as ‘comedian’, rather than ‘actor’.

Oh to have seen his mania on stage!