The Tomb of Santa Claus

“Only the very young or very unsophisticated maintain the surviving faith in the legend of Santa Claus.”

So was written in the Derry Journal on Friday 22nd December 1933. Santa Claus, as I’m sure everyone is aware, is a hybrid of different folklores and popularised by the iconic (and frankly, bloody annoying) advert Coca Cola trot out every year to remind us holidays are indeed a’coming. He’s a little bit of the Dutch Sinterklaas from which his name originates and the British Father Christmas: cherry-picked aspects from various figures who were all based on the same man who belonged to the 4th century.

Someone long dead, whose legacy is very much alive and kicking as a key part of the Christmas tale. Does Santa have a grave? Let’s take a look at the man who was the source of all the lore – St. Nicholas of Myra.

History in this case has been diluted and sullied by embellishments – a lot of what we know of this man’s life story was written centuries after he died so how truthful the ‘facts’ are need to be viewed with an awareness that some of this can’t be verified.

The patron saint of children, students, virgins and sailors was born in Patara (close to the modern day town of Gelemis, Turkey) on the 15th March 270 AD, the son of successful businessman Theophanes and his wife, Nonna. Upon their deaths he distributed their wealth to less fortunate citizens, notably giving the three daughters of a bankrupted man three bags of gold coins over three nights in secrecy – giving them a dowry and an escape from the prostitution they’d found themselves doing to financially support their father. He would later become the Bishop of Myra and apparently resurrected three murdered children by making the sign of the cross as they floated lifelessly in a vat of brine. This however is reckoned to be a medieval entry to his story and should be taken with a pinch of salt.

Scan any encyclopedia or biography online and the place of burial is rarely mentioned for most people who are dead. Considering that we’re dealing with a saint here and the fact that relics of these luminaries were (and still are) big attractions to places of religious significance the world over, we can be sure bits of him made their way around the world to devoted followers and worshippers. 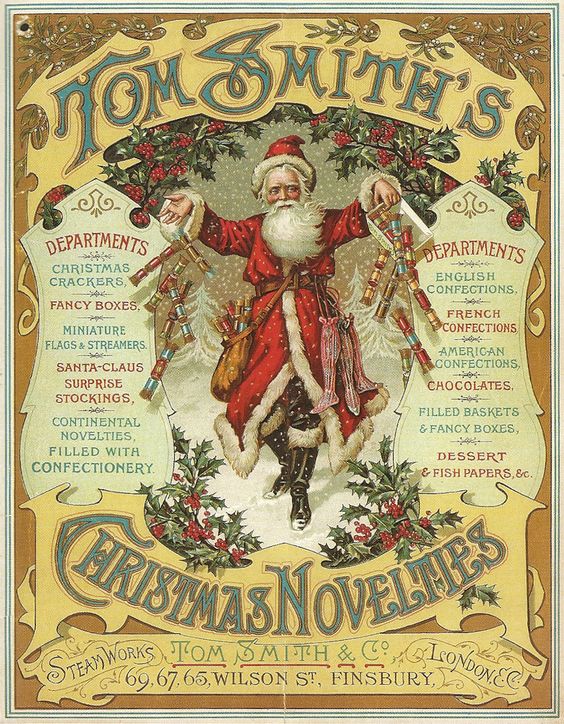 So does he have a grave? Yes, allegedly. Here are some likely spots Good St. Nick is probably buried.

According to Reverend Michael Witczak, professor of liturgical studies at the Catholic University of America in Washington DC, the remains of St. Nicholas were taken to Bari in Italy in the 11th century. In conversation with the National Geographic, he suggests:

“During the time of the Crusades, when the Byzantine Empire was slowly eroding, a group of Italians removed his body from Myra and brought it to Bari with the goal of safeguarding a number of the relics from the Turks who really didn’t have any interest in Christian saints,”

And most of him is still there, from what we know, beneath the basilica of Saint Nicholas.  There is also some weight that a few bits of him are also taken to Venice: stolen away during an exhumation in 1099 from the abandoned church in Myra where he was said to have been originally interred. An anatomical professor studied the bones and reasoned that the fragments could be part of the same body.

This would make sense, considering he was Turkish. Archaeologists two years ago claimed to have discovered Santa’s tomb in the town of Demre, which is close to where he was said to have been born.  Head of the Antalya region’s Monument Authority Cemil Karabayram tells how electronic surveys suggested the possible location of his grave.

This was his original burial location prior to his removal to Bari and Venice, and its thought the remains that were taken were that of an unknown priest. Religious historian Adam English, who wrote ‘The Saint Who Would be Santa Claus – the true life and trials of Nicholas of Myra‘ is doubtful.

“The church has been sacked and abandoned and rebuilt, so it has a long, checkered history with many gaps”

…he would go on to tell the National Geographic. Regardless, the Antalya region is Turkey’s most visited region and this claim will boost tourism to a supposed place where the reindeer-owning festive saint lies in part.

Another place he could have ended up in is Ireland. A weathered, damaged tomb in County Kilkenny from the 12th century marks the spot where two crusaders brought his relics to St Nicholas, Jerpoint. The slab of carved stone was moved in the 1830’s and I’m unable to determine the original spot where pieces of Nick were originally: whether pieces of him are underneath is anyone’s guess. 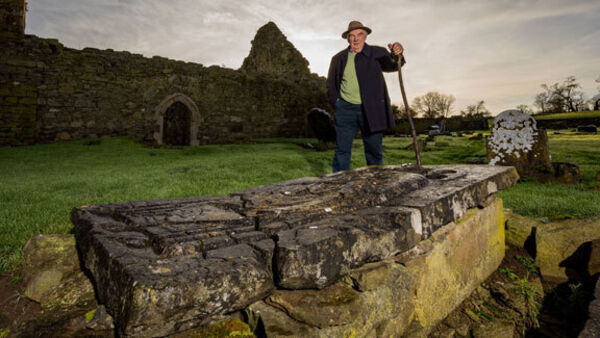 Joe O’Connell at the grave of St. Nick, Co. Kilkenny, Via Irish Examiner.

Local history also hints that a French family (who were involved in the crusades) moved his remains from Italy to Ireland in 1169 where they resettled.

Would a man who was born in the warm climes of Turkey chosen the North Pole as his home? Nick never went there and the area’s location as Santa’s workshop was the idea of American cartoonist Thomas Nast, who published an illustration in an 1866 edition of Harper’s Weekly and over twenty years helped create the familiar version of the character we know today. Snow was associated with Christmas cheer and to have Nick live at the North Pole where seasonal cheer would be 365 days a year made complete sense.

Although no part of him is there, how cool would it be to have a grave in the middle of the frozen wastes of the arctic?

7. All Over the Place

Teeth, fragments of hip and finger bones are known to have made their way to several churches and sanctuaries, ranging from Lyon in France, Livonia in Michigan to Brighton in England. The list of known relics for St. Nick is extensive and does mirror the story concerned with the extensive fragments of the cross that Jesus was crucified on that are known to exist – put them all together, you’d probably have more than one cross. Amass all these remains of Santa Claus and you’d likely have a fleet of Father Christmas’!

Wishing you all a very Merry Christmas and a Happy New Year!