Whenever a friend goes abroad, I ask them to visit a nearby cemetery. Today musician Dan Burrowes explores queer history, celestial scientist and a bizarre request to Whitney Houston

I paid a visit to Montparnasse Cemetery in Paris, the second largest burial ground in Paris, which along with Pere-Lachaise inherited the mantle of dealing with Parisian dead from the Cimetière des Innocents, which had been open since Middle Ages.

Walking around the cemetery I am always struck by a few things: it tends to make you think. Firstly, just how many interesting sculptures there are, all over the cemetery.

From the giant mosaic cat commemorating Ricardo Menon, an assistant to the sculptor Niki de Saint Phalle and passionate AIDS campaigner. Menon died of complications of the virus in 1989, aged thirty seven, to the pair of hands above the grave of decorator and antique shop owner Robert Thibier and his ‘director’ Pierre Jauvart, who died in 2007 and 2012, to the full sized double bed complete with Charles Pigeon and his wife, commissioned in 1905, 10 years before his death.

Next, I am struck by the massive variety of races and religions, all next to each other in the cemetery. There is, perhaps fittingly, no segregation here. You can walk along a row of graves and see 4 Crosses, 3 Stars of David and languages ranging from Korean, Arabic, Chinese and so on. This is a lovely reminder of the institutional secularism of France.

Finally, having looked around a bit, I am amazed by the number of hugely influential people buried in such a small space and by the different levels of interest their graves seem to illicit. The grave of Jean Paul Sartre and Simone de Beauvoir next to the entrance is always surrounded by photographers and covered in lipstick kisses, tributes of poems and Métro tickets (possibly related to the fact that they are also left on the grave of François Truffault, the ‘man who loved actors’ who directed “The last Métro”), but there are many others which are hidden away in the interior, which are very difficult to find. 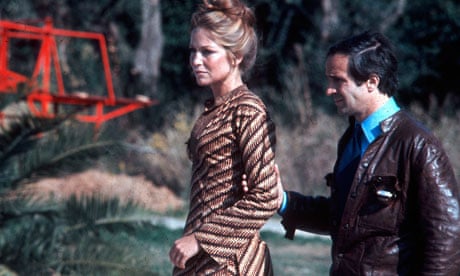 My interest, as a musician, has always been those great luminaries of my profession. In Montparnasse, you can find Serge Gainsbourg (whose first hit song was about a Métro attendant – a nice link to Truffault) who once proposed to Whitney Houston live on TV…and offered to do much, much more.

Cesar Franck (who’s grave includes a bronze bust by Rodin) and the family tomb of the Saint-Saens family, including the great composer Camille. As well as the musicians, writers abound, including the great Charles Baudelaire, industrialists, such as André Citroën, founder of the car manufacturer which bears his name, and great soldiers and politicians, such as Porfirio Díaz, the seven-term president of Mexico.

Plots in Parisian cemeteries are quite hard to come by and one can buy plots on leases for ten, thirty or fifty years, with renewals possible, or are available to buy in perpetuity. A 2m2 plot costs as little as €720 for 10 years, up to €11,672.72 for permanent residency. Time’s up? Someone else can ‘move in’.

At those prices, it’s not hard to see why there is a fairly high turn-over. In addition to this, the authorities are able to remove those residents whose families have allowed their graves to fall into disrepair, meaning that those graves remaining are, for the most part, in very good condition.

I am left with the impression that the Parisians are doing things the right way! The cemeteries are always in very good condition and graves and tombs of all races and religions are interspersed amongst each other. Montparnasse, the second biggest cemetery in all of Paris, is worth a visit.

It is a wonderful metaphor for the city itself and a reminder that despite our differences, we all end up in the same place – what unites us is far greater than that which divides us.

View all posts by dsburrowes