With the launching of the latest set of Elon Musk’s Starlink satellites from California last night (that had everyone from myself to BBC Newsreader Sophie Raworth looking to the sky for a glimpse of a project that aims to bring internet coverage to every corner of the planet), I fired up an astronomy app on my phone that tracks all kinds of astral bodies to see what else I could spot in the heavens above.

The suburban glare of street lights and other forms of light pollution barred me from seeing the night sky as clearly as I’d have liked to. But I could still track other things  – the Lyrid meteor shower, the Vega star and a whole host of other satellites that are in orbit around our planet. Starlink is adding more material in an already cluttered orbit, which has already been highlighted by the European Space Agency’s Director General Jan Wörner.

Satellites have two fates when they expire: they either fall to Earth, or use the last of their fuel to drift further away from their still-operational neighbours. Both of these scenarios raise legitimate questions about polluting the sea or space. Of the 4,500 satellites whizz over our heads, 3,000 are deemed inactive and the issue is becoming a real danger.

Stephen previously wrote of the sky as an astral cemetery: what of the dead technology we’ve sent up that no longer has a use? Here are some of them. 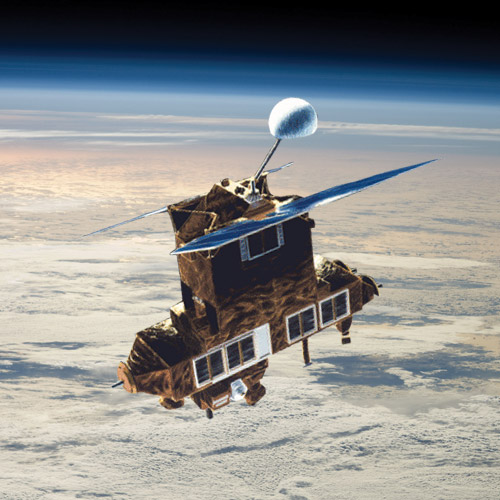 The ERBS was launched on the back of the Challenger Spacecraft in 1984, with Sally Ride having to give it a thump (via a mechanical arm) as one of its solar panels failed to extend properly on launching. It tracked the size of the O-Zone hole over Antarctica from its discovery in 1985 and although it was designed to operate for two years, due to failing power cells and ageing and increasingly faulty equipment led to its eventual decommissioning in 2006. It orbits the globe every 96.4 minutes and is expected to fall to Earth in 2023, where it will descend into the Spacecraft Cemetery in the Pacific.

A joint effort between the U.S, Netherlands and U.K, the IRAS was the first telescope to survey the night sky using infrared wavelengths. Launched in 1983 for a mission that was only ten months in duration, its cooling system proved to be its biggest limitation as it needed to be kept at -271 degrees for the telescope to work properly: the fuel onboard only allowed this to happen for the duration of its working life. Amongst itsmnay discoveries were the first images of the core of the MilkyWay as well as odd infrared images around certain stars, which, using HUBBLE’s scans on the same regions a few years later, revealed planetary disks.

This one also had a near miss with Russian satellite GCSE 4, itself another decommissioned satellite from the era of the Space race,  earlier this year.

The oldest satellite in orbit and the fourth launched behind Sputnik 1, Sputnik 2 and Explorer 1 in 1958.  Its mission was to test the launch capabilities of Project Vanguard as well as measuring upper atmospheric densities as a function of altitude, latitude, season, and solar activity.  Contact was lost in 1964. Russian premier Nikita Krushchev nicknamed it the ‘Grapefruit satellite’ and its not due to comeback to Earth until 2198, by which point it will have been circling above us some 234 years.

A dead-ringer for the Mechanoids from Doctor Who, Canada’s first satellite explored the ionosphere and was the first one to be built by a nation that wasn’t the United states or the U.S.S.R. After being launched in 1962, it was expected to remain in orbit for ‘a thousand years’ according to Life Magazine in 1966. ‘Alouette’ is French for ‘skylark’, a popular folk song to which it takes its name from. 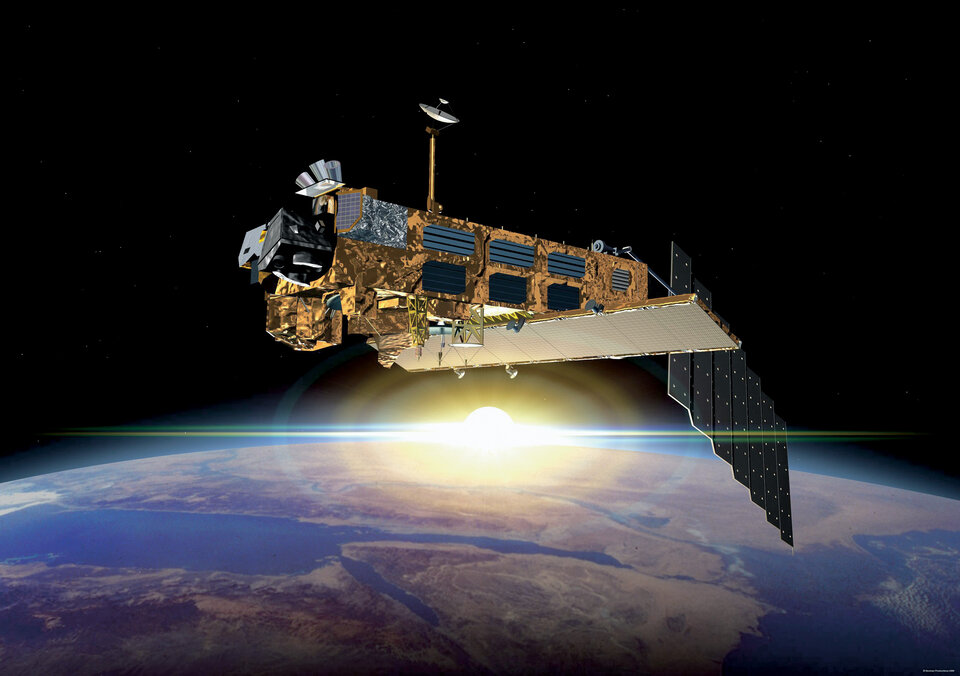 One to watch, quite literally, as any damage to it would cause a massive instance of the  Kessler Effect, turning debris into smaller and smaller fragments in an already densely populated stratopshere (which would scatter confetti-like shrapnel which would affect operational satellites). Envisat was the world’s largest civilian earth observation satellite and measured land, water, ice-caps and atmosphere for ten years until the ESA lost contact with it in April 2012, ten years after its launch. Envisat is earmarked for the e.Deorbit programme which, essentially, is an undertaking service to all these dead satellites and on its launch in 2023 will help de-junk our upper atmosphere and beyond.

This list is by no means exhaustive and with SpaceX, with its 420 currently active satellites with a further 12,000 planned in addition, the lack of regulation as to what we send into space and sheer quantity of what will eventually become ‘space junk’ does raise significant concerns to the long term issues. Inroads are being made to service in-place satellites to extend their useful lifespans and initial finds are encouraging. Although it’s beautiful to have this wonderful engineering in suspension as astral cemeteries above us: the danger it poses is something we should also be giving serious consideration to.