Well, no, they’re not. Burial Grounds are like libraries – admittedly, libraries of the dead. Millions of people have ended up in these remarkable places and this blog seeks to highlight them, their achievements and the places where their mortal remains are.

In May 2013 the Cemetery Club was founded. Stories of heroes and villains, inventors and actors, people who once lived, laughed, loved and cried – resurrected stories and memories which highlight the importance of the past and its effect on the future. 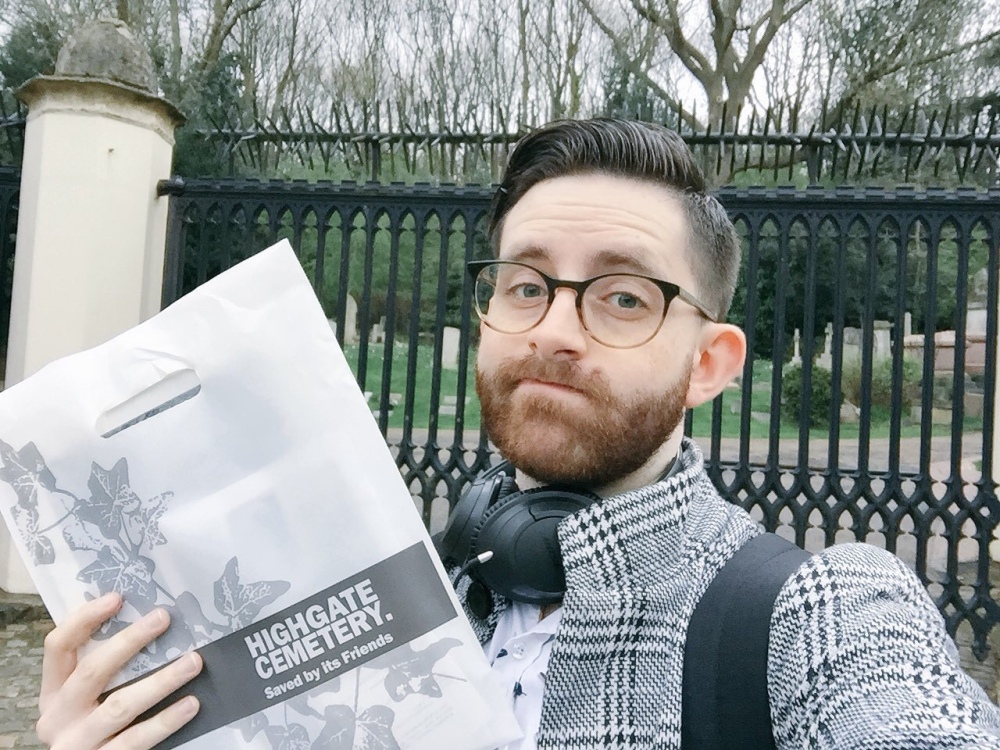 Sheldon K. Goodman is a qualified City of Westminster Guide and heritage communicator whose passion focuses on the people of long ago, our changing landscape and what went on before us. As well as being a cemetery enthusiast, Sheldon is has worked with the National Archives, the BBC, Pride in London and the National Maritime Museum to deliver tours, talks and events; acting as an activist and ambassador to the past. Cemetery Club operates a little like the Style Council: occasionally he is joined by friends from the arts, heritage and cemetery worlds to deliver events and talks revealing how fascinating these places of memories are.

As well as staging and managing tours, Sheldon is also an engaging public speaker who has given talks at venues such as The National Archives, Museums Showoff, The Institute of Cancer Research and the Digital Legacy Conference on a number of topics, including:

Making Headway With a Headstone – How to Look Beneath & Beyond

Cemeteries, HUH, What Are They Good For (Quite A Lot, Actually)

Was he or wasn’t he? The sexuality of Sir Isaac Newton

Sheldon is also a trustee for Pride in STEM, a charitable trust whose goals have been to raise the profile of LGBT people in STEM as well as highlighting the struggles LGBT STEM people often face.

Is there a membership?

Yes, of sorts! If you like cemeteries and exploring the past, you’re automatically a member!