“Enough of the Victoriana!” I thought.

I was growing increasingly aware that my writings for the blog were taking me to the grand, decaying remains of death celebration at its peak and largely ignoring the newer places of rest which had opened in successive years: places where a fair number of us will probably end up.

Following on from my visit to the Novo Cemetery, I was keen to see another faith cemetery and also venture to a corner of London we’d never been to. Again, realising that most of the places I’ve explored have been largely Christian and I was curious to investigate the attitude that Muslims have in regard to death, so using trusty old Google, I settled on venturing up to a place called Hainault, a place I still have trouble pronouncing (Hey-now? Han-ought? Hain-alt?) to see a literal ‘Garden of Peace’.

Opened in 2009 by Mohamed Omer, it was created with the vision of providing burial space for the Muslim Community over the next one hundred years. Five years after its original opening, it is already 70% full, which gives you some idea of the demand for burial here. 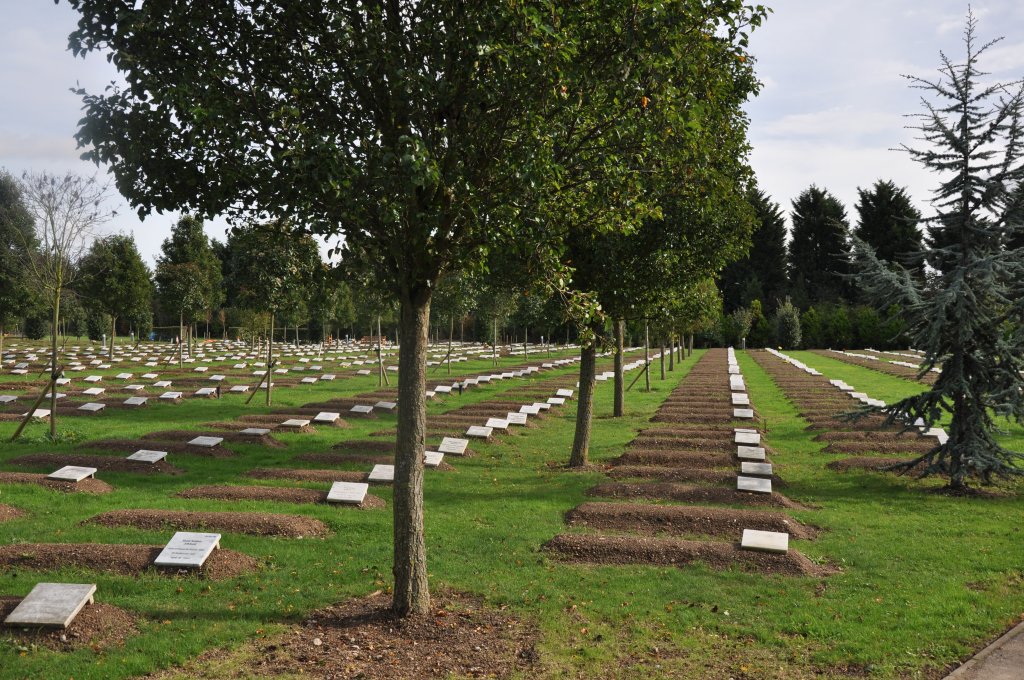 The thing that struck me like a thunderbolt was the severity of cleanliness, order and tidiness that was immediately obvious when you walked up the drive past the prayer rooms. The grounds are manicured to a fantastic degree: it’s almost as if each blade of grass knows it’s just not the done thing to grow out of line. Row upon row of ordered graves (people-long bumps covered in a sprawling moss-like plant) reminded me of the Commonwealth War Graves Cemeteries on the continent. Buried in shrouds as opposed to a coffin, all the people here are all equal in death, with the same marble slab revealing nothing more than their birthday, deathday and name. Quite the difference from the elaborate Mausoleums and tombs of which I’m accustomed to. 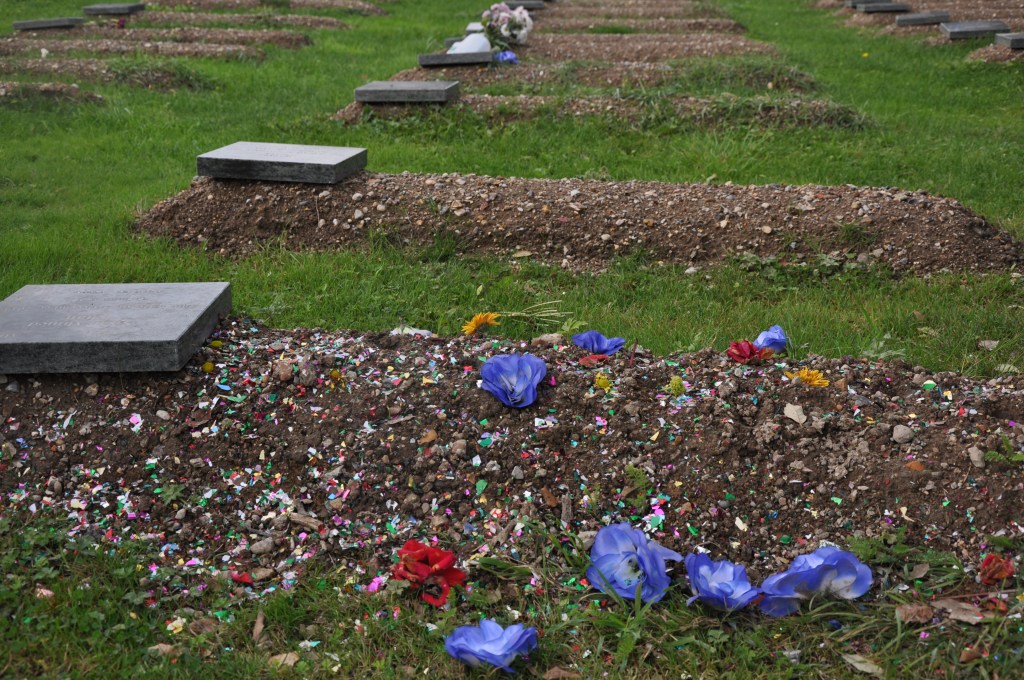 I was a little bit confused where exactly we were in London, so as I fired up Google Maps, I let out a little yelp of surprise as I saw next door was another cemetery. Two for one I thought, better than any deal on the High Street. Quietly leaving the Gardens of Peace, we walked down the road next to open country to see a ‘newbie’ on the death scene.

Owned by a private company which manages similar spaces across the UK. The Westerleigh group opened Forest Park Cemetery and Crematorium in 2005, the first such cemetery to open of this type in London for nearly forty years: opening for much the same reason that the Gardens of Peace did – this part of London’s burial provision just wasn’t up to scratch and something needed to be done.

I felt as if I’d entered Lilliput. The headstones were about the third of the size I’m used to, presumably to highlight that cremated remains lay here. Trinkets adorned many a headstone, from the model Taxi, including ‘for hire’ sign, to the little circular flowerbed that contained rocks from all over the world.

The fantastically ostentatious graves of the Italian families in the Catholic section dominate their neighbours. It was interesting to see that it was largely people who came from abroad had the more ‘Victorian’ type graves – huge marble slabs with burning candles, clearly faithfully attended by loved ones on a daily basis. It was a contrast to the cemetery that was more or less next door – here, individuality seemed to be a key point to the families of the souls resting here and this was channelled through a selection of multi-coloured crushed glass, windmills, pot plants and trinkets. 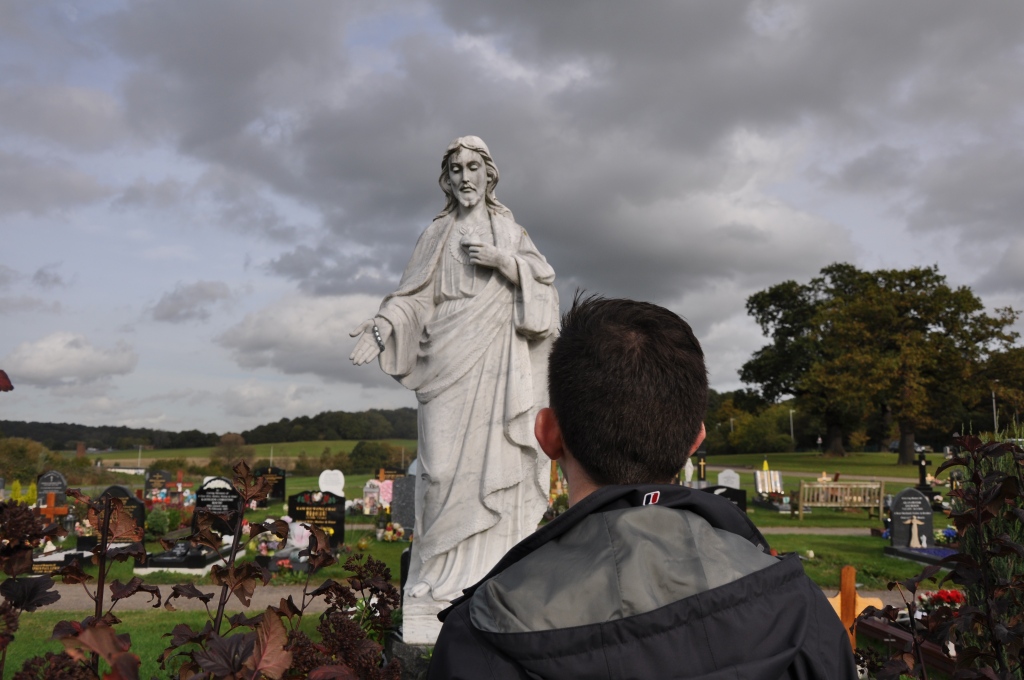 Perhaps not the most beautiful cemeteries of London but it was fascinating to see these two very different cemeteries side by side doing the same thing – acting as a place of remembrance to those who’ve gone before us.

2 responses to “Two Cemeteries: One Purpose”