Multiple stone eyes gazed heavenward as myself and Paul entered a mass of marble in Leytonstone, East London.

The second part of a day trip which had firstly taken us to Chingford Mount, we decided to explore this vast, crowded expanse of weathered, wonky crosses and angels. 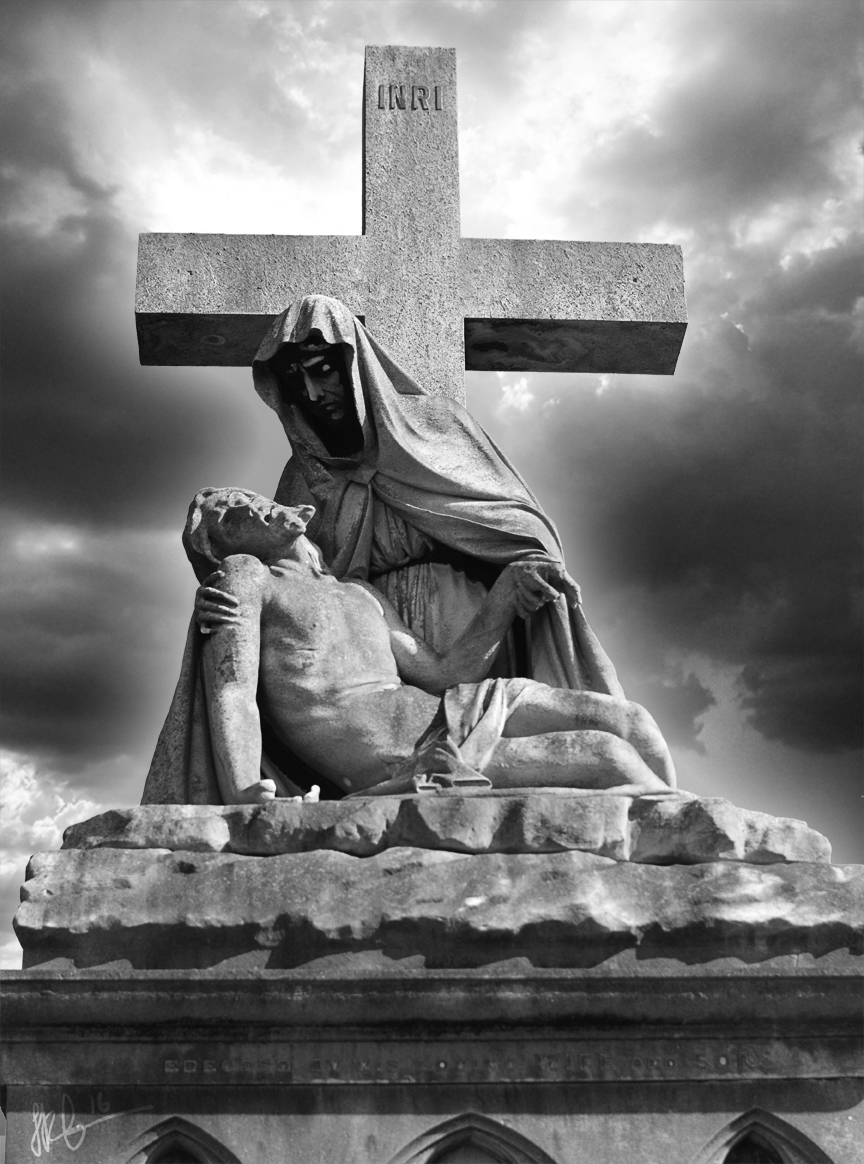 St Patrick’s Catholic Cemetery opened in 1868 in response to the population explosion which Hackney experienced in the latter half of the nineteenth century: a population of 38,000 in the 1861 Census had exploded to 125,000 merely a decade later – Suburbia had arrived and was making good use of its transport links to London. Forty three acres of land was secured for the rite of funeral in the Catholic way; it was also opened as a sister Cemetery to the huge St Mary’s, Kensal Green, which abuts the cemetery with which the area lends its name to.

Very close to the entrance lies a brutalist masterpiece, and with Paul’s love of Concrete, was a particular highlight. Echoing the bedouin tent that Caroline saw on her trip to Richard Burton’s mausoleum in Mortlake, this is the tomb of Lucia Ferrari, who passed away in 1965. Built at a time when most monuments were becoming painfully plain, Ferrari’s family commissioned this defiant piece of brutalist architecture which thankfully hasn’t suffered from any kind of decay or vandalism.

In 1875 the passengers of the SS Deutschland, a steam/sail ship that was en route to take its passengers from Germany to a new life in the United States, was sailing through the Thames Estuary at roughly 5 o’clock in the morning. Conditions, from reports of the time, were dire. A snowstorm coupled with a strong easterly wind made the passage a cold, bitter, terrifying passage for the passengers onboard.

At 5:30am, the ship experienced a ‘slight shock’; the Captain, Eduard Brickenstein, realised that the ship had run aground on the Kentish Knock. Immediately, orders were given to reverse the engines however the screw broke, leaving the ship stranded in the middle (and at the mercy of) the sea. Passengers were initially calm, however as the day, and then night, wore on, the tide rose and the women, who insisted in staying below deck in the Saloon, soon found their refuge was quickly turning into a floating coffin.

All hope evaporated when it became clear that peoples lives were not going to be saved and a tale of tragedy began to emerge. A woman hung herself from the roof of the saloon, a man dug a pen knife into his wrist and a another man, shouting the name of his wife and child whom he’d left behind in Germany, asked for a pen and pencil, where he quickly scrawled a message to them, slipped it inside a bottle and threw it into the sea; moments before he himself was washed overboard and into his permanent, watery grave. 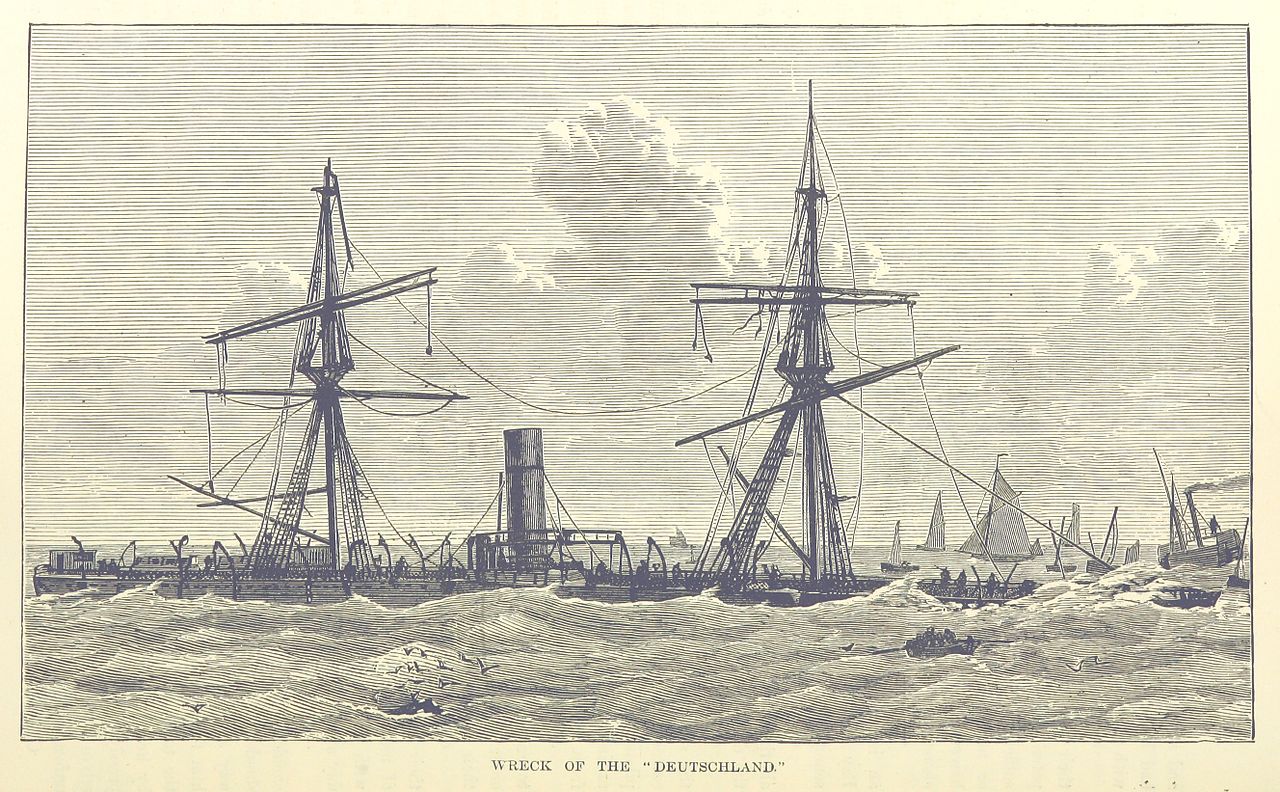 Specifically, it is the story of five nuns who received particular attention in the press at the time. Giving up their places in the limited lifeboats, they were advised to climb up the rigging of the ship where many sought asylum from the waves and snow battering the great iron hulk. Refusing to leave, one of them, half through a skylight, was heard to cry ‘O my God! Make it Quick! Make it Quick!’ Their bodies were found the following morning, were initially taken to Sheerness and then to St Patrick’s, where their bodies (bar Henrica Fassbender, who was never found) were then interred together. A poem commemorating the tragedy was written by Victorian poet Gerard Manley Hopkins.

In the immediate vicinity of the Franciscan Nuns are the graves of various Reverends and other Nuns – some in mass graves of very bizarre shapes; the authorities having bought whatever plots were free and merging them into an almost Tetris-like shape. 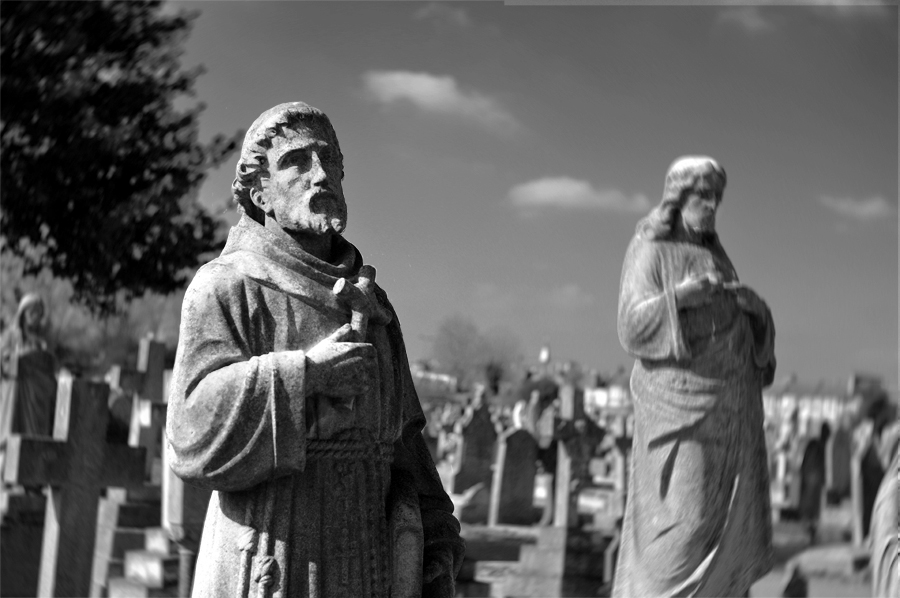 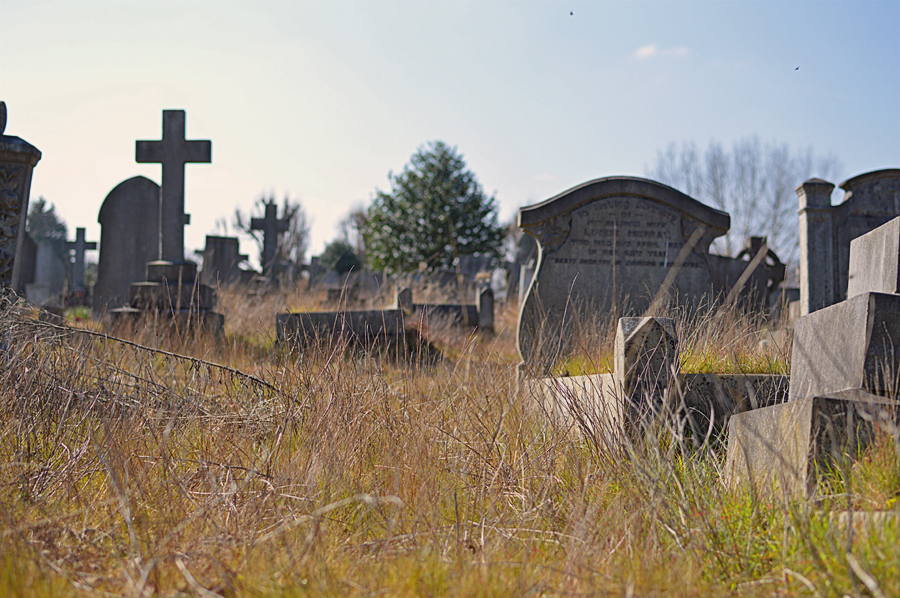 Fans of British Sitcoms may be interested to know that Stephen Lewis, the man who brought perpetually miserable Bus inspector Blakey to life in On the Buses, is buried in a newer part of the Cemetery. Born in Poplar in 1927, perhaps echoing Victorian actor William Terriss in having an eclectic CV prior to becoming an actor, a chance invitation to an audition after meeting the cast of the Theatre Workshop saw him resign his post in the Merchant Navy and become one of the most recognisable faces in comedy. Other notable roles he played involved porraying harry Lambert in ‘Oh Doctor Beeching!’ and Smiler in ‘Last of the Summer Wine’, a role he relinquished due to ill health in 2007.

Finally, in an area behind the Chapel in an area which was formerly pauper’s graves are the remains of the fifth and final canonical victim of Jack the Ripper. Following a large funeral that was held (and paid for) by the parish of St. Leonard’s Shoreditch. Her coffin placed in an open hearse, topped with three large wreaths, two mourning coaches made their way from the Church to the burial ground where she was then buried. At only twenty five years old, no family members could be found to attend her funeral. 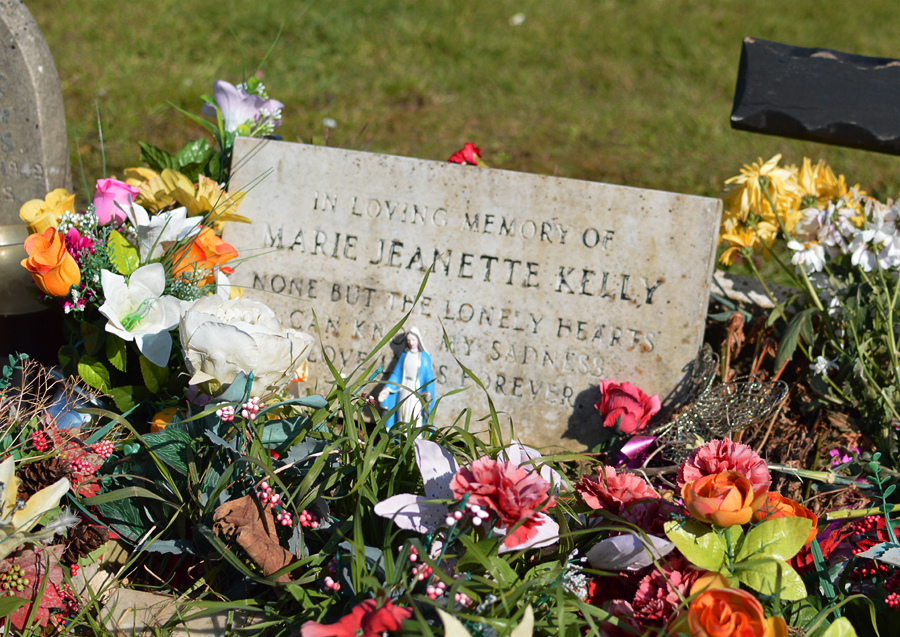 Overlooked, expansive and in some areas being almost Mediterranean – this is one of the best places of rest in London!

4 thoughts on “Amongst the Stones of Leytonstone”