On Saturday 19th May 2018  the nation will rejoice as HRH Prince Harry will wed Ms Megan Markle in a dazzling display of what the British do best – pomp and circumstance.

Marrying in the beautiful St. George’s Windsor, a building that took fifty three years to construct – started off by King Edward IV and finished off by Henry VIII. It has hosted several Royal Weddings over the years, including The Prince of Wales & The Duchess of Cornwall to Prince Leopold, Duke of Albany & Princess Helena of Waldesck and Pyrmont. 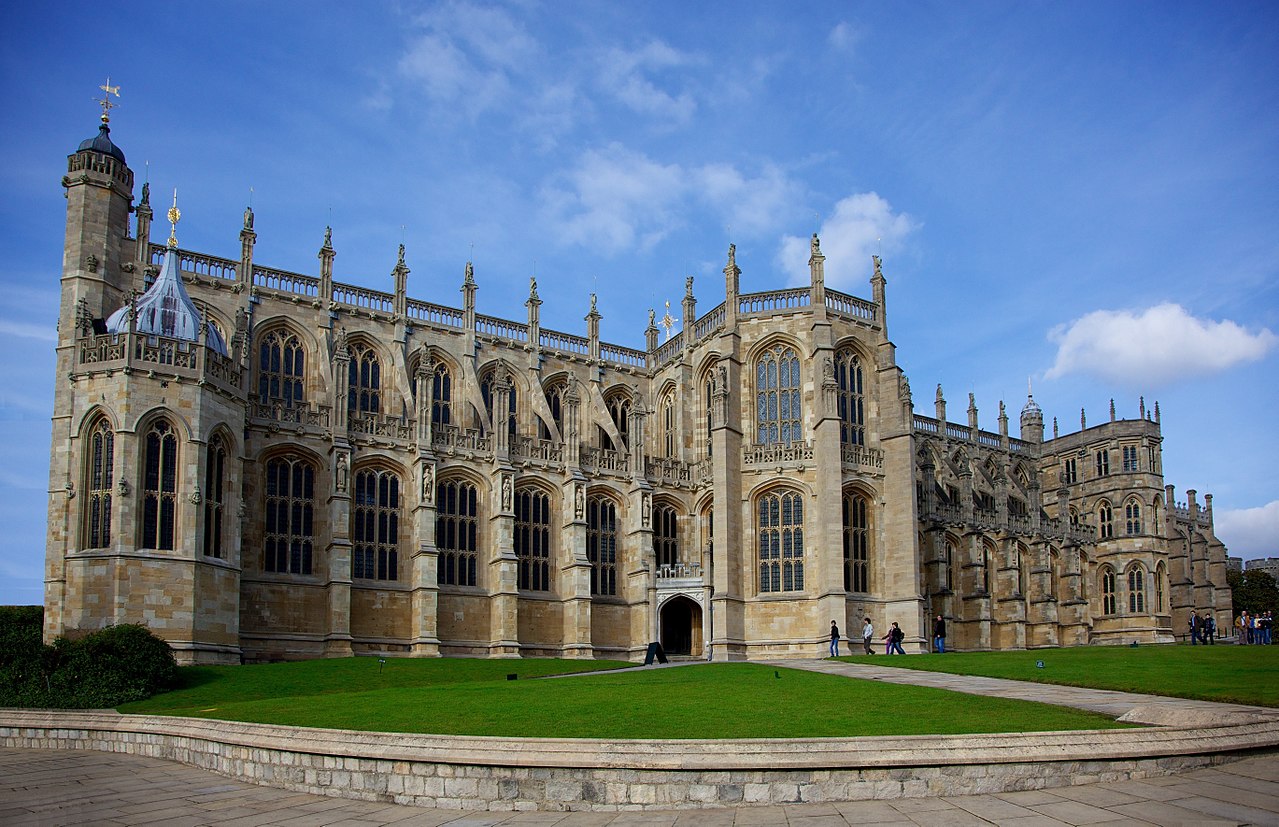 But as exciting as a Royal wedding is, I’m far more interested in what’s going on underneath the chapel!

There are many Royal burials under the chapel but specifically there’s a section called the Royal Vault, which took burials for ninety years. The first was Princess Amelia in 1810, the fifteenth child and sixth daughter of King George II. A ‘lovely creature’ and very much the favourite daughter, her birth was nicely timed as it coincided with the end of the war between Great Britain and the United States – a new royal embodied new hope. 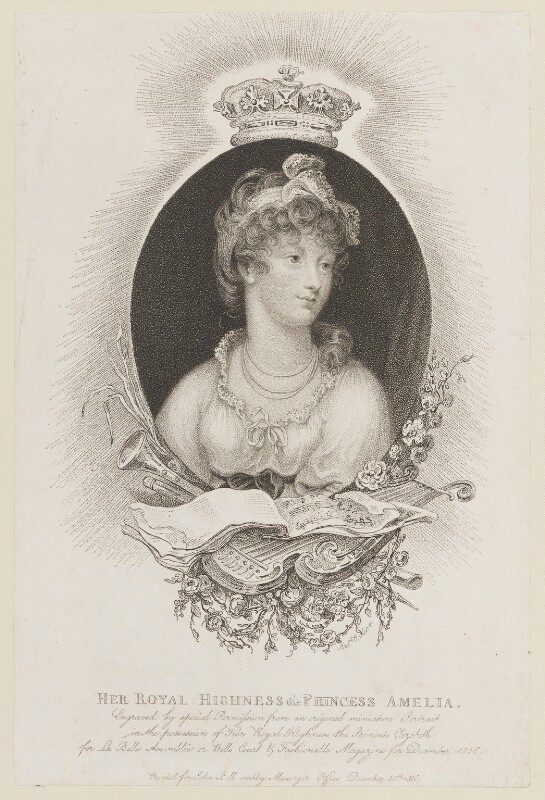 Her death devastated members of her family – King George experienced another relapse and for the rest of his life, the Prince Regent (latterly George IV) was unable to sleep in a room that was not illuminated by several wax candles. The mere mention of her name brought him to tears three years after her death.

George IV would himself be buried there in 1830, his vast frame succumbing to a life of excess. (His autopsy report makes for a fascinating read). His funeral was a bizarre affair – his brother, now William IV, was so excited to now be the monarch he was treating the whole affair like a jolly Twitter Meetup than a solemn mass.

The last person to be placed in the Royal Vault was Francis, Duke of Teck, a minor German noble who entered into a morgantic marriage with George IV’s niece, Princess Adelaide of Cambridge, who had the unfortunate nickname of ‘Fat Mary’, as she was unfortunately festively plump all year round. Eternally struggling to be seen as something other than minor Royals, his daughter was eventually betrothed to King George V.

Construction of a new vault sanctioned by George IV led to the rediscovery of an old one that contained the remains of Jane Seymour, Henry VIII and Charles I. Whereas most would probably mutter ‘oh shit‘, re-brick the wall up and then carry on and work around what they’d found, George thought ‘sod that‘ and dragged Royal physician Sir Henry Halford down into the depths of St George’s Chapel to do some tomb raiding, quickly grabbing a flaming torch in the process.

George had a legitimate interest in trying to see where Charles I had ended up as it was something of a question mark within the family. Down they went; promptly opened up Charles’ newly found coffin and had a good old rummage.

Astonishingly, they found that he was dead.

On further investigation, skin had discoloured, the nose had gone, and the change in pressure caused the dead king’s eye to explode all over the taphophilic monarch.

They then moved on to six-wives Henry. He was nothing more than a skeleton, but some of his beard still clung to his chin. A tooth, a scrap of beard and the fourth cervical vertebrae of Charles I were taken as mementos, the latter a favourite relic of Halford who would often show it to dinner guests. It passed through the family and was eventually returned to the Prince of Wales, who didn’t really want it.

Queen Victoria was so outraged this had been taken in the first place that she sanctioned it to be put back into the vault in its own little wooden box and returned to the beheaded Stuart in 1888.

Rather surprisingly I was interested to see an Ethiopian Prince also resided in this Royal Valhalla. Prince Alemayehu of Ethiopia came to Britain with his mother, Empress Tiruwork after the defeat of her husband Tewodros II at the hands of the British at the Battle of Magdala in 1868. Every care was afforded to the mourning queen and prince, as they made their way to Britain, although sadly she died on route and he came to this country without a friend in the world.

A letter to Queen Victoria from the Empress implored her to treat the young Prince as if he was one of her own. It was at this point that she took control of his education, with adventurer and explorer Tristam Speedy given caretaker duties to the boy. He was schooled at Locker’s Park in Hemel Hempstead and then Sandhurst, but died aged 18 after a brief stay with his old tutor in Far Headingly, Leeds.

He was a good kind boy, and Victoria commented in her diary that he had been unhappy and felt out of place as people frequently pointed out his skin colour. Ethiopia made a request for his remains to be brought back home in 2007.

So! As we all stare transfixed to the TV as we see Harry and Megan at the beginning of many happy years together, pause a thought for those beneath the chequered floor and the histories contained therein.

2 thoughts on “Under St George’s Chapel”