I can’t say I expected to be clambering through dense ivy and wonky headstones, days away from Christmas.

But then, this is Cemetery Club and frankly how else would I be spending my birthday! Aided by Sacha, I was on a mission. I was looking for the final resting place of a man who gave us a staple Christmas product, who, in every summary and article I’ve read, never has his final resting place mentioned once. 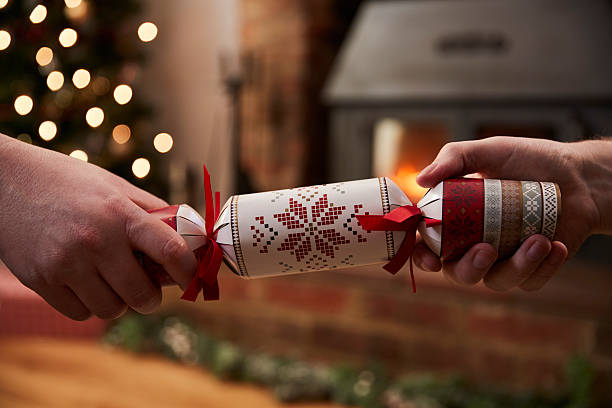 The Christmas cracker has been a part of seasons greetings and festivities for nearly one hundred and eighty years. There’s a memorial to his wife in Finsbury Square which a lot of articles reference when they tell his story, but this isn’t where he ended up – he must be in a cemetery somewhere. But which one?

Who invented the Christmas cracker?

Tom Smith, that’s who! Born in 1823, his career started off as a confectioner. When it came to developing a business of his own, he decided to specialise in making the sugar decorations on wedding cakes, but to do so he needed to inspiration.

In the 1840’s, in the spirit of The Apprentice where they do that trip abroad and run around a French market town looking for Oud or what have you, Smith took a trip to Paris. It was here that he encountered a sweet called the bon bon, which was a sugared almond wrapped inside twisted tissue paper – similar in appearance to a Quality Street. To eat them, the tissue paper needed to be pulled, like a cracker – already you can see the germ of an idea. 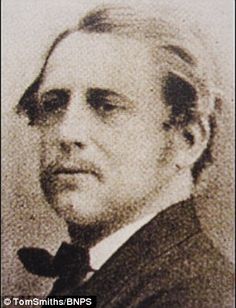 Smith brought this back home to England and saw a potential to market it as a Christmas sweet. Sales were steady for that first season but he was aware that he needed to innovate to keep the item attractive to customers; the next year he decided to add love messages inside each one. This was a master stroke and basically gave us an english version of the fortune cookie.

But still, it lacked something. Smith realised that it needed a bit of p’zazz when it came to making it the festive must have and the solution came not from sweets but from an open fire. Casually tossing a log into the hearth to keep himself warm, it began to pop as the flame began to envelop it. ‘Why, let’s add a ‘snap’ to the packaging as it’s opened!’ he conveniently thought and this was added in 1846. The packaging grew bigger to accommodate the ‘bang’ and the sweet ever smaller, eventually being dropped altogether to accommodate a ‘surprise’ instead.

The cracker then remained fairly static until his boys, especially his son Walter, who took on the mantle of their father and develop the product into a form we’re more familiar with today.

The introduction of a paper hat? That was Walter’s doing. Differing designs and packaging? That’s because of him, too. Ranging from Louis Wain’s cats to Dickens characters, to Dutch Toys and more.

Crackers turned into an booming business. The rich of London at the turn of the century often customised their crackers – there’s a report that American financier J. P. Morgan, who had a London residence by Lancaster Gate, commissioned his own set which each contained something to the value of £100 each. The below footage from British Pathé  website has massive jumbo crackers fresh from the factory in Wilson Street, ready for troops who’d come home from battling in the First World War.

Marvellous stuff. So what happened to Tom, then?

Well, historical records seem to favour Walter rather than Thomas – an easy bit of researching (via the brilliant British Newspaper Archive) showed that Walter became a councillor and Justice of the Peace for Finsbury and died in a Brighton nursing home in 1923 – leaving behind his substantial residence in Hendon as a hospital to those struggling to cope with shell shock. He was buried in Hampstead Cemetery, on the main boulevard as you enter from Fortune Green Road. I’ve walked past him countless times.

But Tom! He seems to vanish after the 1850’s, hiding behind his company with his son taking the reins in the latter part of the nineteenth century. It turns out he that died on March 13th 1869, so I went to Deceased Online to see if there were any matches for a Thomas Smith. I expected a flood of results but happily, only one fit the bill.

What a place to end up in! Jostling underground with the likes of George Michael, Bob Hoskins and Radcliffe Hall. Knowing that Highgate has restricted access to its oldest part, I pinged the cemetery director a message on Linkedin, asking if he knew that the man who invented the Christmas cracker lay within his remit.

Within twenty-four hours he’d arranged a member of staff to clear a way through a mass of ivy to locate the grave of the Cracker-Man. This was big!

Now Highgate is the most atmospheric of all the London cemeteries and being allowed in as a treat was all the more amazing. We then took a path to the heart of the cemetery – past the beach-hut mausoleums and then off the path into a woodland wilderness. But there he was, away from the hoi-polloi buried on the main paths…the final resting place of the man who has blighted office parties and dinners with his invention.

“When he was buried here he’d have had a clear view of London” said Alison from the gardening team, gesturing towards the trees that had since shielded the dead residents of Highgate from views of the city. Tom’s buried here with John, Joshua, Eamanuel, Priscilla and Francis. Intriguingly, the second grave with his son in Hampstead is mentioned. This little slab is newer than the tomb in Hampstead. I took an uber to see it afterwards.

What a difference, eh!

So there you have it. I’m sure your Christmas is now infinitely better knowing that the grave of the Cracker-Man and his heir apparent have been found! Tom’s Cracker’s are still going strong today – although they’ve abandoned London and are now in South Wales.

Thank you to Sacha for the company and Ian/Alison for helping me find Tom Smith!

I’d like to wish all my readers and tour attendees this year a very Merry Christmas!

4 thoughts on “Where is the Inventor of the Christmas Cracker?”